I recently bought a new pair of in-ear headphones. I am a vivid reader and while I’m not writing, I’m reading a book. This, however, interferes with my girlfriend’s TV schedule. In order to be in the same room and both be happy with what we do, I wear my headphones while she watches TV shows. I have, now, 3 pairs of headphones – one pair in each room. Still, I’m currently looking to buy a new pair of Bluetooth headphones (facepalm). I can’t help it. My current headphones are with wire and I think that getting a pair with no cable will save my life. I know, it’s a really stupid way of thinking. That’s why I thought that I should write a piece of content about our always wanting more mindset. Hopefully, this will dissuade me from purchasing one more thing that I don’t really need.

One of the main differences between Buddhism and other is that Christians, for example, worship a superhuman power, a God, and other supernatural entities. The central figure of Buddhism, on the other hand, is not a God but a human being, called Siddhartha Gautama.1

For the most part of his young age, Buddha lived inside one of the three palaces of his fathers. Away from all the pain and suffering happening in his kingdom to be.2 When he was finally introduced to things happening beyond the walls of his existence – sickness, pain, death, which are an essential part of our existence, he decided that is time to escape the realms of the kingdom and find a way to cure his people from suffering.

Gautama run away from home at the age of twenty-nine, leaving behind his family and possessions. He traveled as a homeless bum throughout India, searching for ways to cure pain and find peace. He spoke with different gurus and visited ashrams, but all he found was still lacking the essential ingredient for life without suffering. Finally, after six years of meditation, he realized that suffering is not caused by ill fortune, by social injustice, or by divine whims. Rather suffering is caused by the behavior patterns of one’s own mind.

Bottom line, our minds are always dissatisfied and restless. This is very clear when we experience unpleasant things, such as pain. As long as the pain continues, we are dissatisfied and we do all we can to avoid it.

The above is also very noticeable when we experience pleasant things.

Let me give you a simple example from our current way of living to understand this better:

When we post something on our Facebook wall, or Instagram, it doesn’t quite matter, we get instant satisfaction after the first few likes. However, we also start craving for that feeling to remain and even intensify – get even move likes and hopefully, a few cheerful comments. But something as simple as posting a picture in social media can cause feelings of fear and dissatisfaction. We fear that our post won’t gather a huge amount of likes. Even if it does, it will be never truly enough and we’ll then feel dissatisfied.

As you can see for yourself, a large part of our lives is a never-ending loop of dissatisfaction. We never feel satisfied or truly happy.  No matter what we achieve, we are never content with ourselves. We want more.

Those who live in poverty dream of riches. Those who have one million dollars want two million. Those who visited half of the countries in the world want to visit the other half.

The sad part is when we do get one million dollars, or when we do visit all in the world, instead of feeling satisfied and complete, we’ll still want more.

What Is Fueling Our Desire to Consume?

There are two main reasons that cause chronic dissatisfaction and constant desire for consuming more stuff:

Since our body can’t survive without some key resources: water, food, shelter, the mind is always wondering about how to get more of those.

After all, the primary focus of the body and the mind is to survive through the day.

Back in the days it was harder, you had to actually hunt your food. Now, you simply order pizza online and you’re no longer hungry.

Food and shelter are no longer hard to acquire, but the mind is still looking for the best for his host. That’s where reason number two enters the room:

Society plays a huge role in our desire to buy more stuff and consume things in general.

If you’re into kicks, and you walk along the street and you see someone wearing super cool sneakers, you will immediately want them. You might as well stop the dude and ask him from where he bought them.

The more you walk around and see different things the more things you will want. It’s inevitable.

Our surroundings influence our decisions no matter if we like it or not. This is tightly related to the above: the physiological and psychological factors. Our understanding is that if we have more cool stuff, and more stuff in general, this will mean that we have higher chances for survival.3

Here comes the fun part, the more we expose ourselves to other things, basically the more we walk amongst other people, the more we’ll want.

But as you know, we no longer wander physically on the streets, we now have online highways that are full of people: The Internet.

The Impact of Modern Technologies

Scrolling online is the equivalent of walking around a busy street. The only difference is that we’re moving in high-speed.

We can easily visit every country in the world using Google Earth and connect with people no matter their location thanks to social media.

It’s a great time to be alive but this exposure has a nasty side effect: You get to want more stuff.

It’s like studying in school. The more teacher repeats the same thing, the more you’ll get it.

A couple of years ago I was working in a store where I was selling shirts, suits and ties. I was trying shirts myself and I was also servicing the people visiting the store. Naturally, I begin to wear shirts. I had 30+ shirts in my closet. When I quit this job I still had a thing about them but it wasn’t so strong. It was replaced by something else.

Nowadays, hardly a day goes by without an announcement of a new electronic gadget, enticing us to ditch the old and get on board with the new.

It stinks, I know.

On one hand, we want to be up to date with what’s happening and look cool. On the other, the more we consume information in general, the more we’ll want to buy.

So, is there really a solution that will prevent you from cleansing the consumerism mindset and make you feel OK and not hating every single day of your life?

How to Escape Consumerism?

In short, you probably can’t.

We were raised with the idea of constant growth. It’s basically in our DNA – the desire to want more land, more food, more resources. In the prehistoric era, and later in medieval times, more things meant higher chances for survival.

The facts are against us and we can do very little to resist the temptation of wanting more. Or can we?

Siddhartha Gautama found that there was a way to exit this vicious circle of constantly wanting more things. When the mind experiences something pleasant or unpleasant, it simply understands things as they are, then there is no suffering. If you experience sadness without craving for happiness, then the sadness goes away, you continue to feel sadness but you do not suffer from it. You simply embrace it and you learn from it.

Ok, let me give you a different example because I was confused too by what this dude Gautama explains:

Let’s say you have 1,000 followers on social media. If you post a picture online, and you get 20 likes, you’ll inevitability feel depressed. At least you will question what’s happening. “What the hell? Why only 20 likes? What’s happening! Where’s everybody to like my pictures?” You can even call your friends and force them to like your pic.

In the above case, the result of only a few likes is making you suffer.

So, to escape from this feeling you need to accept the reality. What’s the reality? That you get 20 likes. To don’t give a shit about the number. To realize the result and don’t let it disturb you emotionally.

Ultimately, what Siddhartha Gautama is trying to say is that you shouldn’t give a fuck about things.

You don’t have money!

Ok, if you start worrying about the lack of money nothing will change. You’ll still don’t have money but you’ll feel bad. However, if you acknowledge the lack of money and you don’t get stressed by it, you will feel calm and can start considering the options to obtain more of them.

Gautama developed a set of meditation that trains the mind to experience reality as it is, without craving. These practices help the mind to focus all its attention on the question: “What am I experiencing now?” rather than on “What would I rather be experiencing?” In other words, understand your current situation, become self-aware of your current feelings and embrace them.

One of these meditation techniques is called Vipassana. In a single sentence, vipassana is: “To watch your breath with awareness.” That’s all. To be watchful of your breath as it comes and goes.4 The video below will help you get the basics and start practicing the simplest form of meditation:

“Ok, that sounds good and all but I’m not a monk man. Give us something else…”

How Can We Escape Consumerism In Modern Times?

I was really fascinated by the story of Siddhartha Gautama – Buddha. Even though his scholarship is both amazingly simple and powerful, it’s really difficult to be implemented in our current time and by the masses. Actually, 99 percent of Buddhists did not attain nirvana. Since these guys who are living in isolation and wear robes didn’t reach higher liberation I don’t believe the average man can.

Hence, a couple of things for the ordinary person to help you escape consumerism:

In reality, no outside things can make you truly happy. To be satisfied with yourself, you need to first feel comfortable with your inner self.

Of course, some work will be required.

Training your mind for clarity, free of fantasies and delusions. Being mindful and not giving a lot of fuck about most of the things. 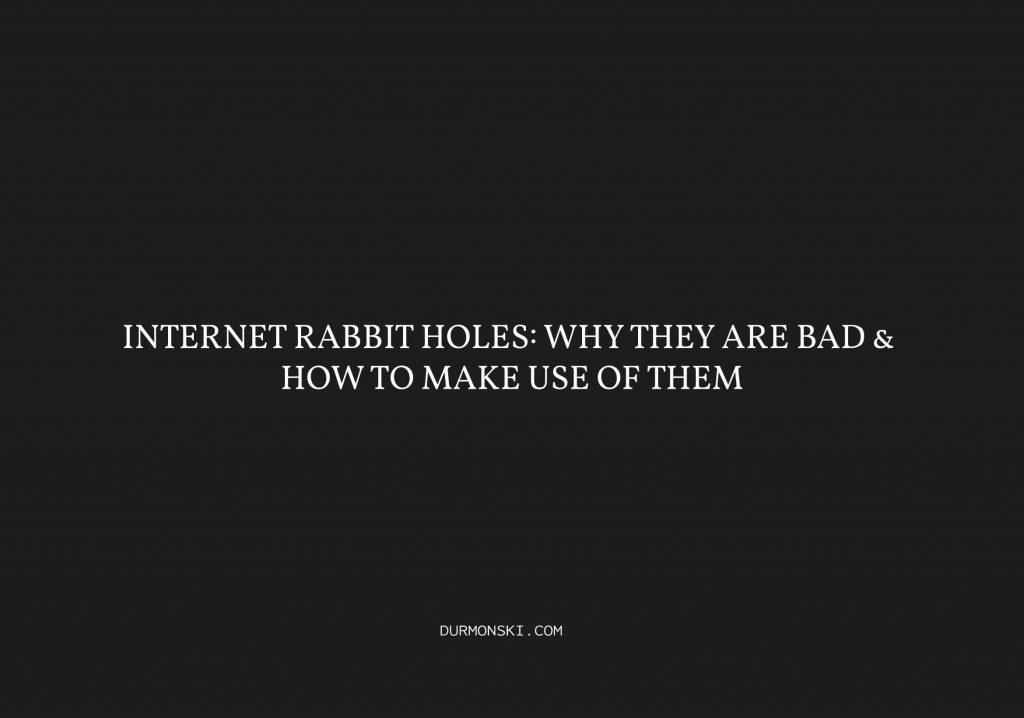 Internet Rabbit Holes: Why They Are Bad and How To Make Use Of Them 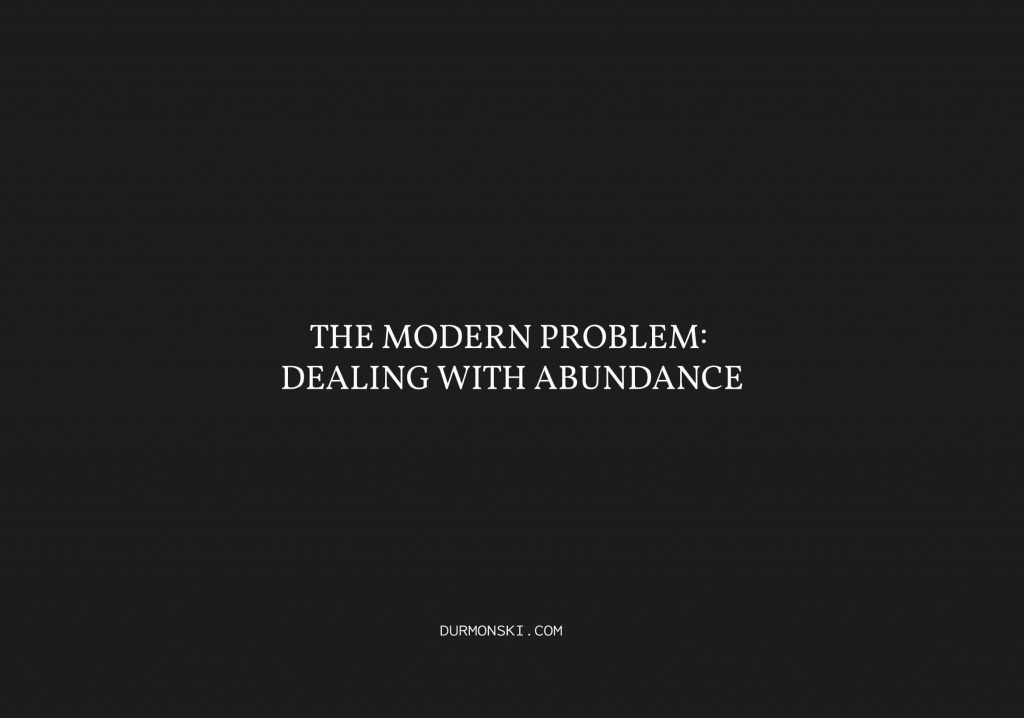 The Modern Problem: Dealing With Abundance 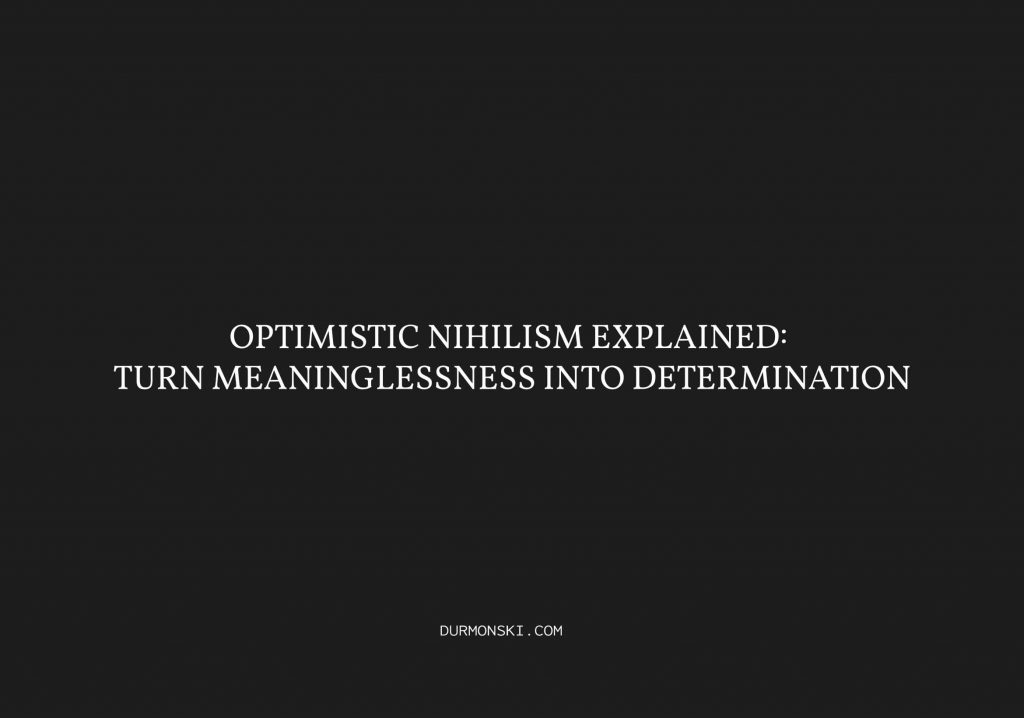