The evil twin of instant gratification. Or the good one – depending on how you look at things. Is called delayed gratification. His distinctive traits? He’s boring. Astonishingly patient. And he doesn’t like marshmallows.

I can’t tell you how many psychology books talk about the freaking Marshmallow Experiment from 1972.1

Whenever an author mentions delayed gratification, resilience, grit, deliberate practice, crossing The Plateau of Latent Potential, or any other concept about resisting an impulse. I can assure you that the Marshmallow Experiment will unfold in the following pages.

If you are still not familiar with this study – which will honestly surprise me. Let me give you a three-sentence summary:

What do you think happens?

There are tons of videos online about this – just search for the Marshmallow Experiment video. It’s quite entertaining to watch how the little boys and girls strive to resist the candy staring right at them.

But the point of the experiment comes years after.

The researchers continue to track the lives of the kids from the experiment and later conclude something that I believe won’t surprise you:

The kids who didn’t eat the marshmallow and patiently waited for the second one reportedly did better in life – better grades, better jobs, better health, better everything.

Is it possible that the key to eternal success lies in choosing not to eat a single marshmallow?

Let’s start by first addressing what is delayed gratification and the psychology of this skill.

What is delayed gratification?

We can even label delayed gratification as the “two marshmallows instead of one skill”.

As Lady Mary Montgomerie Currie once said, “Good things come to those who wait.”

Expert psychology figures still argue about what happens in our brains when we need to make a decision but they kind of agree on the following: Conservation and self-enhancement are the main motivations behind an action.2

Depending on what are the current levels of these two traits. You’ll either postpone a reward or succumb to greed.

Why is Delayed Gratification Important?

The main challenge is today’s world is a bit more complex than choosing between one marshmallow now or two marshmallows in the next 15 minutes.

If you are a normal human. You are almost certainly a “marshmallow now” type of guy/girl.

As noted, our brains are hardwired to seek resources that can enhance our stay here on the planet.

If something smells good, feels good, and it’s within reach. It almost certainly ends up in or mouth now.

That’s where the challenge resides. And that’s why delayed gratification is so important.

We suck at delaying things but we need to delay things.

Simply put, because pretty much everything meaningful in life requires a substantial period of time to pass.

But time, and showing up every day, are only half of the problems.

Not only do you have to wait for your muscles to become social-sharing-worthy if you want to impress the online mob hungry for something to do. But you have to say no to so many other things along the way.

And a lot of times, not even forming new habits, tracking your habits, breaking bad habits, or reading books about habits – Atomic Habits as the prime example – can save you from keeping your eyes on your goal.

Mostly, because the attention-hungry demons of the online world continuously invite you to watch, share, read, and consume stuff you don’t really need.

Everywhere you go, you are prompted, persuaded to do things that are in the opposite direction of something worthy.

Even if you know what you want to do with your life. Even if you’re working on a long-term project that is meaningful to you – say, writing a book. Daily, your courage, motivation, and ambition are tested.

Putting off a smaller but immediate reward for the sake of receiving a larger reward in the future is a skill that requires cultivation.

On top of how our brains are wired to work – to want things now. There is something else, another factor. That keeps our heads in the mud. Committed to shopping and stuffing our bodies with junk.

Guided by materialism and our embedded curiosity for new sensations. We never pause. We hurry to click on the latest news, do the urgent – or not so – to-do’s only to find ourselves even less productive, less satisfied.

On the surface, we do more. But in reality, we achieve less.

On the surface, we are more exposed to amusements. But in reality, we laugh less.

Guided by greed. We sin with short-form content. With delicious meals. With streaming movies. With playing games. But when we stop. We feel empty. We look around, and reality feels tasteless. So we return. We go back to the activities that bring us quick pleasures but this never fills our emotional emptiness. Only places a patch.

We don’t want to miss what others are talking about, so we engage in every post to feel part of the conversation.

We don’t want to appear lesser by wearing our last-year clothes, so we buy new items monthly.

We don’t want to accept the fact that we’re working a boring job and that we should probably learn a new skill, so we do everything else to distract ourselves.

But this never-ending pursuit to experience pleasure now, destroyed our ability to stay still. To stay calm. To work on a long-term project. To achieve something greater.

Here are a couple of examples that can portray a person who is a master of delayed gratification:

As it looks, delayed gratification comes with a lot of no-saying.

What Are The Benefits of Delayed Gratification?

Isn’t it clear by now?

When you don’t take what’s in front of you now. You get more, later.

Delayed gratification is best presented with one single word: investing.

Yes, investing your money and allowing them to compound. But not only.

Investing your time and energy in things that will give you higher rewards in the future.

As the famous Voltaire once said, “One must cultivate one’s own garden.”

Gardening is another great way to present the benefits of delayed gratification.

Planting a seed today doesn’t bring anything that you can consume today. But when nurtured. Cared. And patently allowed to grow. The seed will blossom. Become a garden that will feed you for months.

But there is something else…

The main benefit, I think. Is that constantly resisting the impulses that come naturally, you learn stillness. A forgotten, but much-needed skill for the 21st century.

When I embraced minimalism. When I quit social media.3 When I created a list of good habits to follow daily. When I daily choose to read books instead of fake sensations. I feel a lot calmer. A lot more in the zone. In the present moment. Not always looking for what to click on next. But enjoying what I’m already doing.

To get far from what I was. From who I loved. From who I wanted to be. From a person wanting everything. To reach another self. Another person with another set of values.

From constantly trying to feel good now. To feeling OK even when now is not showered with prizes and sensations.

There is a negative side to delayed gratification.

If you happen to teach yourself to delay things. Choose the later bigger reward instead of the current one presented. You will notice something. Not only in yourself. But in others, too.

You will be perceived as boring. Careful. Hesitant.

Since you’ll no longer say yes to every crazy idea – “Let’s call in sick and go to the nearest bar and drink all day!” Other people will probably start to keep their distance.

Saying no to good things now always involves saying no to people, as well.

And while I can’t properly advise about what you should do here – part ways with some people or not. It’s something you’ll surely experience along the journey of sacrificing today for a better tomorrow.

It’s best to check my dedicated post on How to Practice Delayed Gratification. 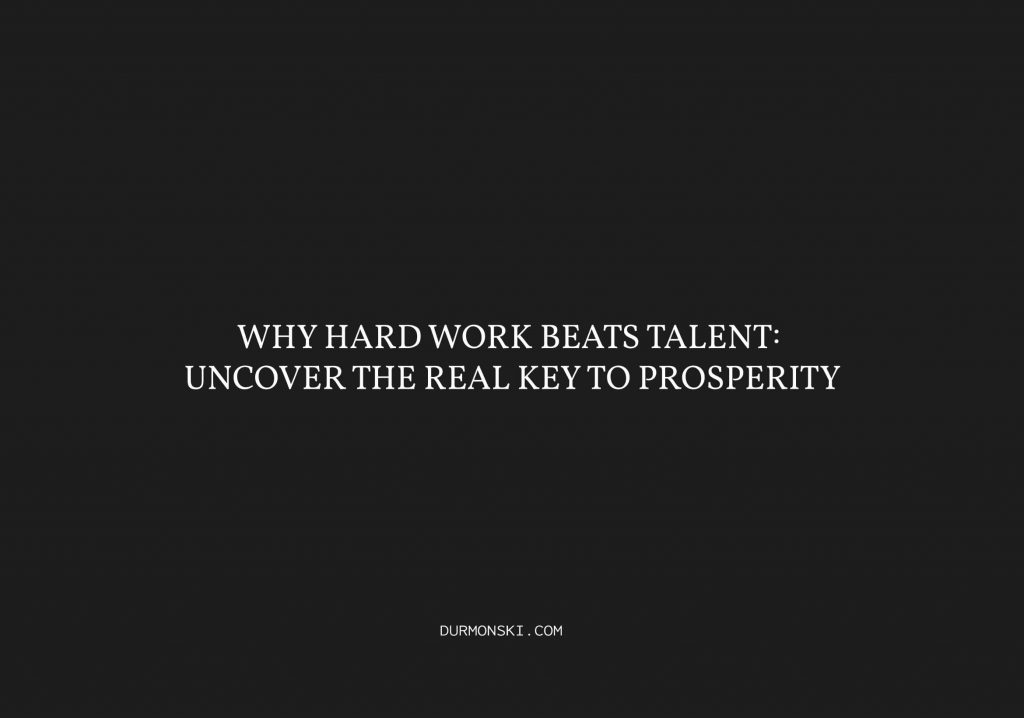 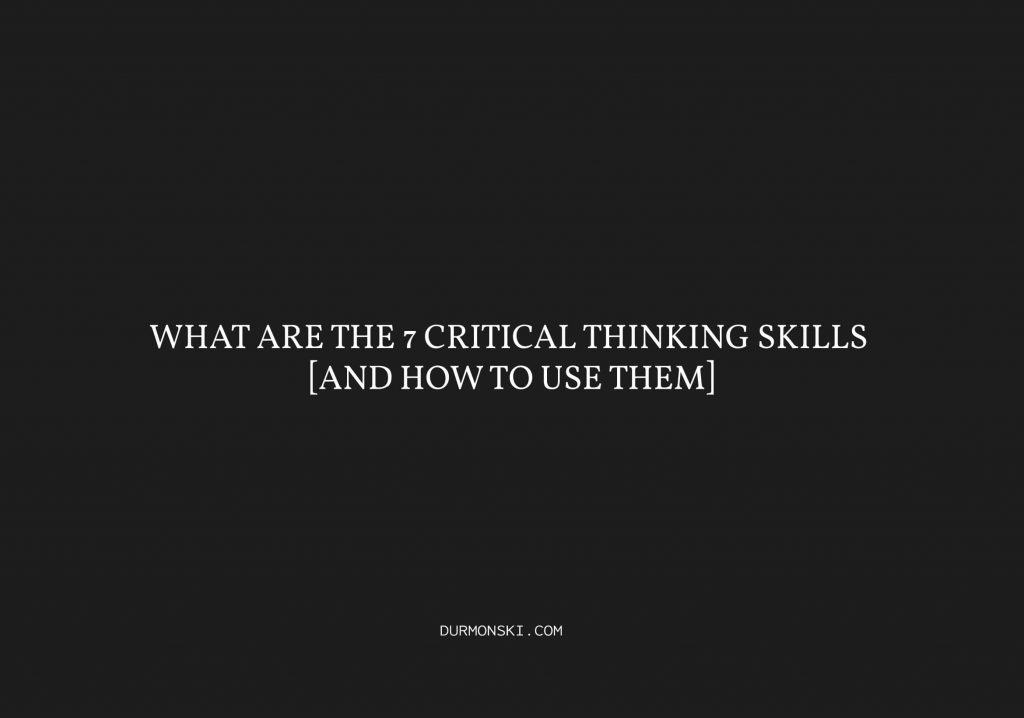