Cities have been built. Tall buildings emerged in places where people thought it’s impossible. We can drink our morning coffee in Europe and in a few hours have lunch in USA. Civilization is thriving in terms of infrastructure and innovation but the majority of the human population is still resident in a place called the Average Land. A place where the spark of hope is slowly fading away.

Even though we’re getting better at making the world an easier place to live, we’re turning into these lazy dudes who are constantly complaining and are never truly satisfied.1 With that, the population of a place called The Average Land is steadily increasing.

Here, I will present to you the place where the majority of the human population is living. It’s not a physical place, it’s something else. It’s an imaginary world where you, I, your neighbour, and probably you parents are residents. It’s a place called the Average Land.

Unlike the Middle-earth, there aren’t hobbits, elves, orcs or magic. However there is one resemblance to the movie The Lord of The Rings, despair and loss of hope.

Are we really that different?

There are 195 countries in the world today and even though it’s impossible to put a figure on the total number of islands the planet because of the different kinds in the water bodies. There are around two thousand islands in the oceans in the world.

As you can imagine, there is a difference between the people living in each different country and each different island. Some people believe in Christianity, others in Buddhism. Some think that internet it’s an evil invention, others have retired because of that, third do not even know what this word means.2 In some countries people are spending a good couple of hours in their cars only to go to work, in others, people are walking on foot because most of them can’t afford their own vehicle. Some nationalities even write from right to left.

Even though we’re all different, we’re also quite alike in terms of how our lives : We emerge to the world > We go to school > We get a job > We rest in peace. Few other things happened in we eat, sleep, cry, fight, experience grief, joy, attraction, hope, despair, sadness, anger, love pretty much it.

Another interesting thing happens in-between, during the time we’re born and we die, our level of hope and motivation is slowly but steadily decreasing.

How does our motivation level changes during a lifetime?

I’ve actually prepared a graph to describe this easier for you:

Let’s look what actually happens during these years:

When the dropping of motivation starts, we enter the place I mentioned earlier: The Average Land.

A place where most of the graduates, and most of the people who don’t have ambition for something greater, better, go to live. A place where nothing new really happens and hope slowly fading away.

Imagine the Average Land like a grey place with no spark of creativity. A place where people have settled down with their boring lives and no longer strive to become better at anything. A world of walking zombies whose brains have been brainwashed by the infinitive social media feed.

Not that being average it’s a bad thing, we’re all average in a way no matter if we like it or not. The Average Land refers to a state of being where people no longer push themselves and are OK with living in constant debt because “how can you otherwise buy a sports car.”

You’re not alive, you’re simply existing. Because alive, according to my understandings, is trying to get a bit better every single day of your life.

As you can imagine, the Average Land is a place where anxiety and depression are a common thing. Hope is lost and people are only interested in acquiring shiny objects.

If you’re not sure if you’re a resident of this place, let me give you a couple of examples:

What’s there besides the Average Land

Even though most of the people living in this world are inhabitants of the Average Land, there is also a place called the Dream Land. It’s beyond the realms of the grey walls that are surrounding the Average kingdom.

That’s the place where a lot of celebrities live. But not the ones we constantly see on Instagram or on TV. It’s occupied by people who are trying to us, the humans. People who want to make the world a better place for our children.

People who want to live a mark in this world. A sign that will help others to live better in years to come.

How to Escape this vicious circle of average activities

Or in other words: Is there path that will help me escape the Average Land and lead me to the Dream Land?

Well, there is. But it’s not free and it’s not easy. It’s a long way towards the Dream Land.

If the short definition of the Average Land is: doing the bare minimum to survive; being careless about your future; not thinking about what you consume. The way towards the Dream Land is quite the opposite direction: Working every day towards your goals; creating a system; consuming less and creating more; develop good everyday habits.

The Every Day rule is basically your ticket out of the Average Land. You can read more in the post here.

In general, the way towards happiness looks like this:

I want to stress more on the last part:

Focus on creating a lifestyle you love

Let say that you want to be a full-time traveller, you want to visit different countries regularly. You imagine that a typical day of your life will involve travelling, hiking, seeing new places. That’s OK. Actually, a lot of people want this. This is their Dream Land.4

Ok, but there is one particular problem, an important question, that requires your attention before you start: How are you going to support this type of lifestyle?

If you’re an average person. I mean, you’re not an heir of a 1000 kilograms of gold, or to be more precise: you’re not filthy rich. You will need a permanent income stream that involves doing something you enjoy.

For a lot of travellers, this means blogging or vlogging. They document their trips > People visit their sites > Companies support the person because of their audience > They have steady and sustainable income if they continue to blog regularly. End of story.

There is a catch, however.

The hard part is building an audience. Creating a group of people that follow you, support you, spare part of their income to help you live your dream.

The above requires a lot of work. Possibly learning a few skills you never knew before. Organizing your thoughts in an understandable way. Consistency. Good habits. Problem-solving skills. Management skills.

That’s your ticket out of the Average Land. That’s your path towards the Dream Land and ultimate happiness. Are you willing to do the work?

If you’re satisfied with your life, your income, your work, your relationships, obviously, you’re already where you should be. You’ve reached your Dream Land and you should continue doing what you’ve been doing.

On the other hand, if you’re still searching for your meaning, you don’t know towards where you should direct your life, you’re in debt, you’re overweight, social media is consuming your time, you’re lost in the mist of the Average Land. The clouds blurred your mind and you’re not thinking straight.

There is a way out though. A secret path that will lead you to where you want to be.

It’s secret because the path it’s different for all of us. For me, for example, the Dream Land will be a place where writing and travelling is what I do every single day. For you, I don’t know. Only you can know what’s best for yourself.

Do check the Every Day Rule. It’s something that will clear the clouds and give you a direction. How to Be Better at Setting Goals

What To Do When Reading a Book? (8 While-Reading Activities) 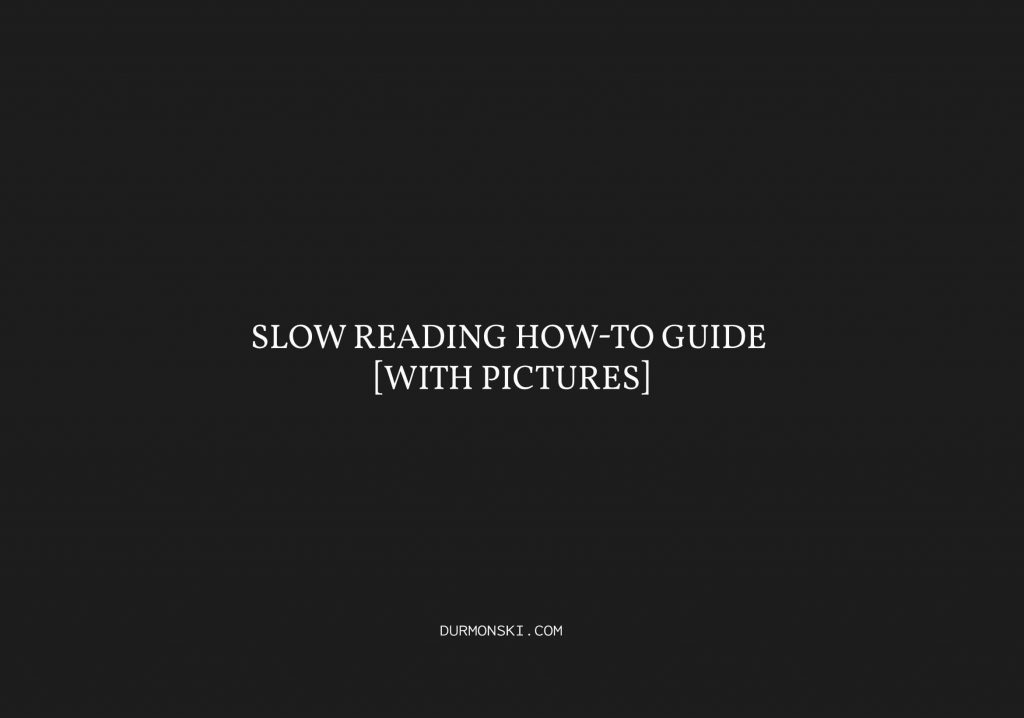