When people say “I am not talented enough to become great at X”. What they are actually saying is: “I don’t want to embrace the struggle associated with mastering X.” In relation to talent vs skill, such folks will always bet on talent. Never taking the time to understand the differences between the two, so they can eventually reach the unquestionable truth: There is no such thing as talent!

When you see someone good at something – whatever it is. You are quick to announce that they are talented. As if they didn’t have to move a muscle to become impressive at what they are doing. As they emerged from their mother’s womb with an instrument – or a laptop.

And even if they are indeed good. It’s never only talent.

In the book Peak, the so-called deliberate practice book. The author K. Anders Ericsson, whose hobby is exploring the stories of people born with innate abilities. Proudly states that expert performance is always reached “through years and years of dedicated practice.”

Yet, we don’t want to believe this. We tightly hold our deeply rooted understandings that talent is the holy grail towards success and fame. That “only if my parents were able to inject more Einstein-like DNA in my body. Oh boy, would I be a genius!”

But is indeed talent the only way to achieve mastery in a field?

Open your ears – and mind – while I convince you that talent doesn’t exist. What you genuinely should be interested in is gaining and developing your skills.

What Comes First Talent or Skill?

Talent and skill are often used interchangeably, but they are not the same thing.

And to address the question: What comes first, talent or skill?

We need to first define them both:

In theory, talent comes first. After all, it’s something you gain naturally. Like the color of your eyes, being talented at playing an instrument, for example, is something you already have.

This places skill second. But not always.

Being naturally good at something requires going through a discovery phase.

I can be good at playing the ukulele – basically a tiny guitar. But since I’ve never touched a ukulele, I am oblivious to this ability of mine. (Gosh, only if I knew!)

But even if you do know what are your native abilities. This doesn’t automatically make you the main drum player or a widely successful singer who can also dance and act. You still need skills.

Talent can be a useful starting point for developing mastery in a field – giving you an initial push. But it is never the only ingredient of success.

Leading us to the second point of discussion…

Which Is Better Skill Or Talent?

If talent is something you can do. Skill is how good you can do it.

Enter Jim and Andrew to help us determine the winner of the talent vs skill battle.

From an early age, Jim showed interest in musical instruments. Thankfully, his parents noticed and bought him various musical toys. When he was at the age of 5. He received a guitar for Christmas. Jim was thrilled. He practiced daily and thanks to his good ear for music and innate sense of rhythm, he developed his musical repertoire fast. Plainly, he was playing quite well for his age. His parents signed him for various live performances, and he even appeared on a TV show for talented young children. The early achievements of Jim allowed him to relax. To put less pressure on guitar practice and more time for fun. This led to a downfall. He was good, but others – more hard working kids – were gradually outperforming him.

Based on the above, here are the key moments of Jim’s journey:

The story of Andrew.

Opposed to Jim, Andrew wasn’t showing any particular interest in any field when little. He was playing with different toys, games, etc., but nothing out of the ordinary. At the age of 8, he discovered the world of music and convinced his parents to get him a guitar. At first, he was quite bad. But that didn’t stop him from continuing to develop his skills. He practiced every chance he got. This helped. As his abilities evolved, his parents started sending Andrew to competitions. Though he sometimes won, he wasn’t satisfied with his performance. He remained focused on further improving his guitar-playing skills.

Here are the key moments of Andrew’s journey:

These are, of course, not real stories. But they showcase one important component in the exploration of talent vs skill. Namely…

If talent is not nourished, it vanishes.

While talent gives you a competitive edge. If you don’t take advantage of it, it’s as you never had it.

Skill is better than talent because it helps you develop your natural capabilities. Additionally, skill allows you to master a particular area through practice and experience.

To me, folks who understand the difference between skill and talent realize that people need to work hard to get to where they want. Then, work even harder to push their limits.

The following comparison table shows the main differences of talent versus skill:

When we talk about skills vs talent. And when we explore the difference between talent and skill. Immediately, the name Mozart appears in our heads.

We’ve all heard stories about the little prodigy who was playing for kings since the age of 3.

The name Wolfgang Amadeus Mozart, for a large part of humanity, resembles the power of talent and reminds us that we should seek a way to modify our DNA.

The reality about Mozart, however, is less a fairy tale and more a dedicated parent who happen to be a great teacher. And yes, a kid who was a hard worker.

Leopold Mozart, was an intensely ambitious musician, composer, and experienced teacher. He wanted to become a great composer, but when he became a father, he shifted his focus toward his children – Maria Anna Mozart and Wolfgang Amadeus Mozart. Teaching them the art of music from infancy.

While surely skilled for his age, Mozart still wasn’t a great adult-level instrumentalist.2 Compared to children exposed to the famous Suzuki method today, he was just a decent player. That’s all.

No doubt that there was a sip of talent into his bag of musical achievements. But Mozart’s fame and success were mostly due to these three characteristics:

One good example here is Eric Clapton. He is one of the greatest guitarists in rock music. A singer and songwriter.

Well, you can say that. But when you look closely at his early life in relation to music, you’ll probably conclude differently.

Clapton received an acoustic guitar for his thirteenth birthday. However, since it was difficult to play, he quickly lost interest. Two years later – at the age of 15 – his curiosity resurrected and he started playing consistently.

As stated in his biographies, Clapton practiced long hours to learn the chords of blues music by playing along to the records. He preserved his practice sessions using his portable Grundig reel-to-reel tape recorder, listening to them over and over until satisfied.3

It’s not only Eric Clapton who practiced daily. Some of the world’s greatest classical musicians mention that they practice at least 3 hours a day – even after reaching world fame.4

In other words, these overachievers did accept the truth: there is no such thing as talent, only the drive to persevere and improve.

Why Do We Focus More On Talent, Not Skill?

If all the above is true about talent. If there is indeed no such thing as talent, why then do we all talk about it?

Talent is the greatest excuse ever.

It acts like a shield that protects you from trying. A cure that deflects responsibility and allows you to rest in your cozy bed till noon and after that continue with your purposeless existence.

Here’s a simple example: When you hear someone with a beautiful voice singing a song. Or a little kid playing insanely well on an instrument. What you do is the following:

After experiencing a sting of envy, you immediately conclude that they have talent. That they didn’t have to work hard to do what they are doing.

Well, this puts you in a favorable position because if you accept the contra argument. The notion that hard work allowed them to do the amazing things they are doing. This means that you are a lazy bastard wasting your life playing video games.

Since you can’t admit this for yourself – it will destroy the positive image you have of yourself. You are quick to declare that these people are talented. “There’s no other explanation!” you add further.

My view is that talent is not a natural gift. Not a blessing from above. It’s not a superpower. It’s just a sign. An arrow pointing the way.

If you decide to go in that direction, you need to work hard. To commit. To dedicate yourself towards becoming a certain person to achieve mastery.

Talent is guidance and skill is the technique that can get you to the peak.

Those who claim they lack the talent to excel at a certain activity are actually saying they don’t want to face the struggles that come with mastering it.

“Those who claim they lack the talent to excel at a certain activity are actually saying they don’t want to face the struggles that come with mastering it.”

All of this talk about talent versus skill, and the notion that skill is superior to talent, it is natural to wonder: “Is there any value to talent at all?”

The main benefit of having a competitive edge – i.e., talent – is taking advantage of it.

We all have certain natural traits that are average or beyond without specifically working on them. We can label these as our talents. But discovering what is our competitive advantage is only the starting point. Once we know, we need to nurture our innate abilities and figure out how to improve them. How to develop them. This always requires hard work. And hard work beats talent. Every. Single. Time.

The other important component of making the most of your strengths is to stop making excuses.

It surely feels discouraging when you see someone 20 years younger doing things you’ll never do. But rather than saying “it’s because they are talented”. Acknowledge the hard work they’ve put in and use this as an inspiration. As a catalyst that can excite you to do something great yourself.

Personally, as a person who considers himself talentless. I follow the following mantra:

“I don’t have talent, so I just get up earlier.” Henry Rollins 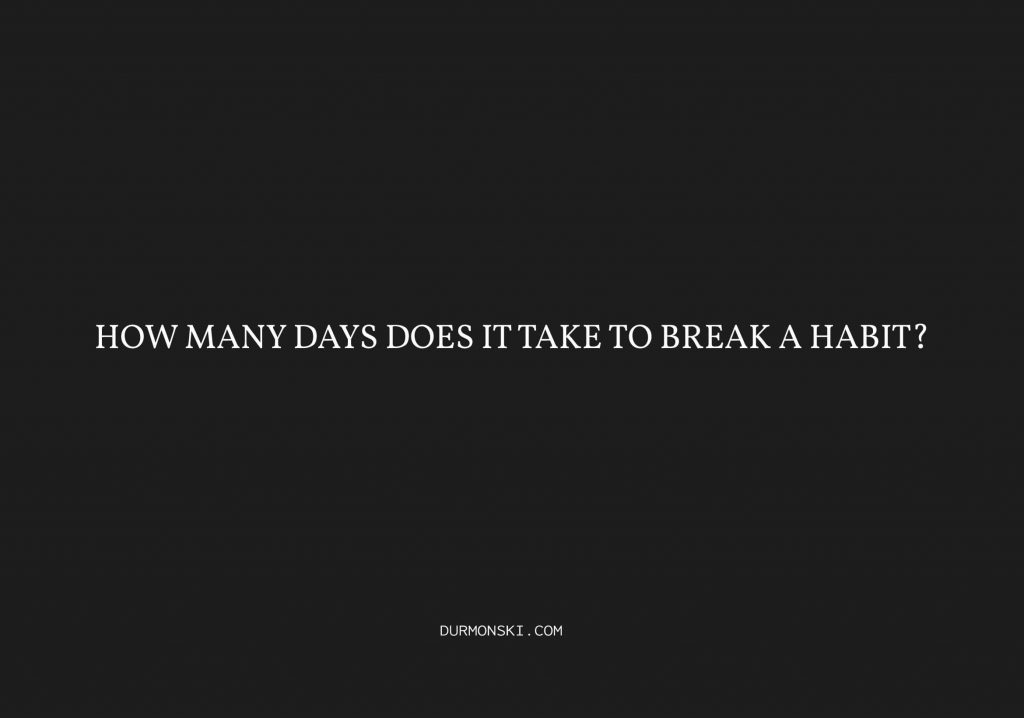 How Many Days Does It Take To Break A Habit? 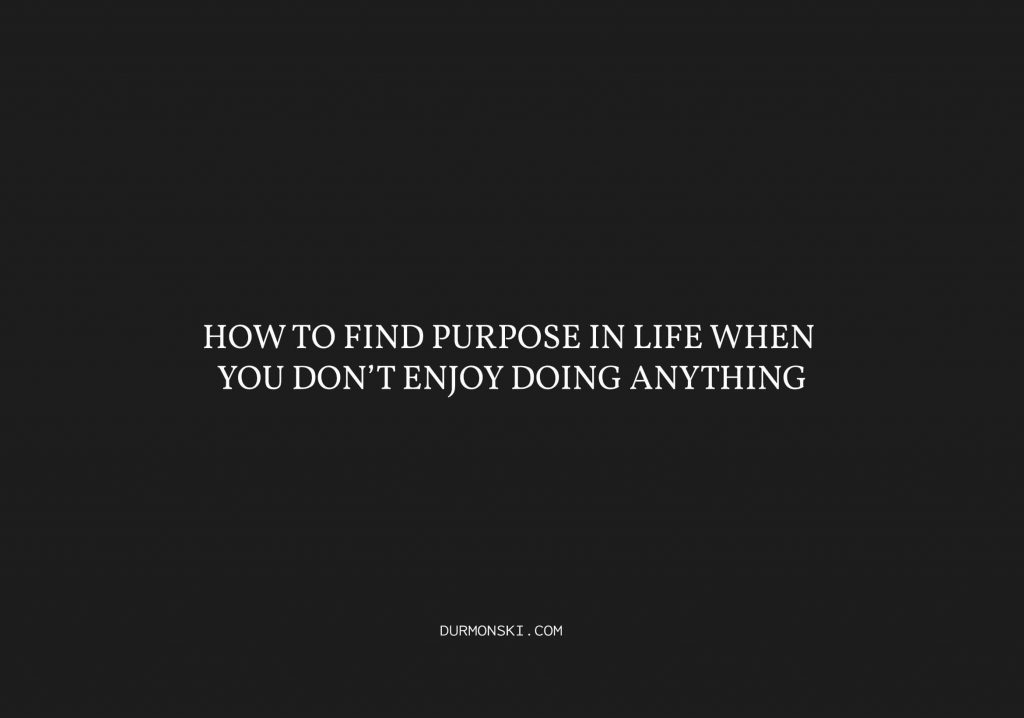 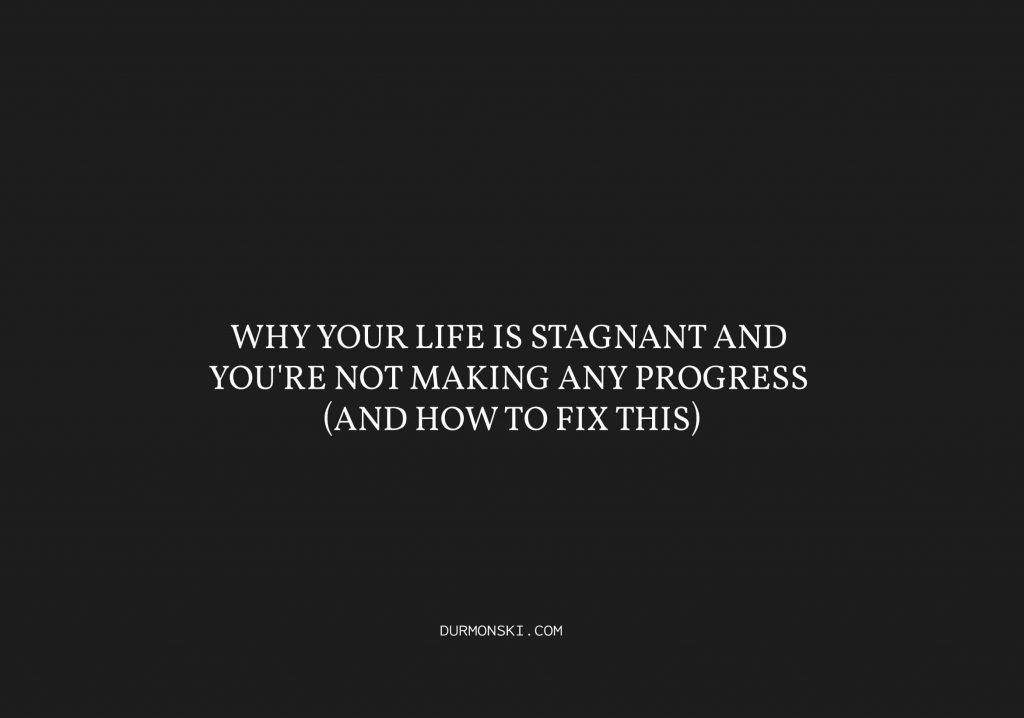