Life is tough for business owners. Inflation is rocket high. Competition is always breathing in your neck. AI is basically doing what you are doing but faster and cheaper – or it will soon. But these events are not even the worst that can happen to you if you rely on other people to help bring to life your mission as a company. It’s something more subtle. It’s the procrastination habit.

What does procrastination have to do with you if you are a business owner? A lot, actually.

When your employees that are supposed to be working – delivering your products, writing emails, pitching your services, or drafting social media posts that will hopefully go viral online. Are not doing what you’ve hired them to do. They are… guess what… 1) losing you money, and 2) making your competitors richer.

Believe it or not. No one cares about you and your business. People care only about themselves.

And in a world full of noise – five major streaming platforms, four big social media platforms, and YouTube that is basically the worst thing that can happen to a teenager trying to study for a test due tomorrow. It’s quite common for procrastinators to procrastinate.

But you don’t even have to own a business to be impaired by the procrastination problem. You can be on the other side. You can be the employee who is always in a watching session. Going from one post to another like a hypnotized monkey on drugs.

Basically, productivity is not our default state.

In fact, my observation as a person who has lived for more than 30 years is that we are genetically predisposed to delay stuff. To postpone. To avoid tasks that are seemingly hard and glue ourselves to our comfort zone – never pushing against the wall to go outside the cushy bubble we’ve created for ourselves.

There are many problems related to the procrastination habit. The biggest one being staying idle and never moving forward in life.

What is Procrastination Behavior?

Procrastination is the act of intentionally delaying or postponing tasks. It’s a common bad habit that negatively interferes with a person’s productivity or goal achievement.

People who engage in procrastination behavior substitute the task they need to do with a task they want to do. Delay doing the hard work with something more joyful. Something that can deliver immediate gratification.

For example, instead of cold calling clients – something that’s part of your duties as a salesperson. You decide to browse through the entire catalog on TikTok searching for “proven” experts on the topic of making sales calls so you can better prepare yourself for the upcoming task. Then, you’ll go to the kitchen to make a frappuccino with milk, chocolate syrups, cream, a pinch of cinnamon and a couple of biscuits on the top. You do this, to smoothen your voice and make it more calming – or at least that’s what you tell yourself. Ahh, but before that, let’s watch a video about making a frappuccino…

The above is just one example. There are plenty. I’m sure you have your own variation of not-doing-the-work-you-should-be-doing – i.e., procrastinating.

But the more interesting thing here is why we do it.

What Causes a Person to Procrastinate?

When the everyday tasks hit you like a FedEx bus loaded right up to the top with goods while the driver is having a need for speed moment, it’s tempting to delay some responsibilities. In fact, it’s necessary to postpone most of the tasks, so we can focus on the highest priority duty.

But what happens when procrastination enters your system and corrupts your ability to self-organize is quite alarming.

You don’t postpone most of the tasks, so you can focus on a singular activity, finish it, and then start the other on the list. You postpone all the tasks.

There’s a trend amongst white-collar workers of blaming our modern, device-filled world – and the apps that go along with these tools. You’ll often hear expressions like: “Big Tech ruined our attention with their addictive algorithmically-powered feeds.” Or, “My friends are constantly sending me memes and text messages. I can’t not respond to them. They are my friends!”

But the truth is, the smartphones we have in our pockets are not the prime reason leading to missed deadlines. They are only amplifying our inability to focus.

The main factors that contribute to procrastination are a lot. And they all come from within.

Here are the main things that cause a person to procrastinate:

For me personally, the main thing that pushes me into the valley of procrastination – besides all of the above. It’s the sudden realization that it will take days – weeks – until I get pleasant sensations in exchange for my efforts.

This often happens while I write.

While punching the keys on my keyboard, a thought will slip through the cracks of my weary brain. A thought carrying a message that wants to cause mayhem in the whole system. Something like, “You realize that it will take three more days before you experience the delight coming from publishing this article, right? That’s three more days without anything joyful. Why don’t you stop and engage in an activity that will bring you immediate pleasure? For instance, dive deep into the ocean of YouTube videos without a clear direction?”

Sometimes my sheer purpose allows me to resist and extinguish the evil thought. Other times, I surrender. The desire to experience joyful sensations wins and delays my task.

Is Procrastination a Behavior or Habit?

Procrastination is a response to a situation that can be categorized as a self-defeating pattern. You know what you have to do, but you are unmotivated – afraid, tired, burnout – and you prioritize short-term delight over the larger gains you’ll get by completing the task at hand.

In this sense, procrastination is a behavior.

But it often becomes worse.

Procrastination is a behavior that can become a habit. If a person consistently defers prevalent duties. This tendency will eventually become a habitual pattern. When this happens, you will no longer have full control over your impulses when there is an incoming task. You’ll automatically enter procrastination mode.

Plainly, while procrastination is still a behavior – you consciously respond to a task. You have some control over this response.

But when procrastination becomes a habit. You’ll automatically put off starting projects until the last minute, often without realizing it.

Overall, procrastination can be both a behavior and a habit. Figuring out what it means to you can allow you to find the best anti-procrastination techniques.

Are People Who Procrastinate Lazy?

Usually, people label procrastinators as lazy bastards who are only interested in getting an easy dopamine hit. But that’s not the case.

If I have to label myself in terms of work habits. I’m anything but lazy. I get up early in the morning to work out, write, and learn something new that can potentially help me become slightly better than yesterday.1 All of this, while the majority of the population in my hemisphere are still wearing pajamas.

Does this mean that I never procrastinate?

Absolutely not. Like everyone else who lives in the 21st century. I, too, often board the procrastinator train and stay until the last stop.

Conversely, laziness is about knowing what you need to do and actively avoiding doing the work.

Procrastinators – even if they missed a deadline – are still reliable people. Opposed to lazy people who are immature and too lethargic to do anything.

What are Examples of Procrastination?

Having experienced all major procrastination triggers, I believe the main ones making us stuck are the following:

There are, of course, other reasons. But I believe the three above are the main things that fuel our procrastination habit.

With all that being said. Let’s finally see what we can go about doing in terms of curing procrastination.

How Do You Break The Habit Of Procrastination?

There is a lot we can do to overcome this bad habit.

Here are three cures of procrastination:

Step 1: Spot That You Are Procrastinating

You can’t make a change unless you don’t realize that your behavior needs changing.

For example, a lot of times when I’m writing for more than 30 minutes without a break. A thought will suddenly appear in my head reminding me about a movie I watched or a product I was browsing recently. But this is not solely to remind about the experience. It quickly stalls all other thoughts and demands that I should do something else – whether this will be opening a new set of browsers and traveling to the fridge for something sweet.

At this very moment, if I don’t react swiftly. I usually wake up approximately 20 minutes later during a session of YouTube videos all covered by chocolate.

But if you are an experienced observer of your own self-sabotaging habits. You can deflect the initial thought and postpone the fun activity – not the activity that you should be doing.

Step 2: Figure Out Why You are Procrastinating

Why do you procrastinate?

As humans with limited capabilities in a world of unlimited options to choose from. Many of us can relate to the feeling of losing our grip on the current task and doing something totally unrelated to our long-term goals.

I’ve said it many times before, but I’ll say it again.2 There are two driving forces directing our minds and bodies:

This predominant characteristic of the human brain is forcing us to pursue quick wins that don’t contribute to our overall well-being.

Still, every individual has triggers that are individual-based.

Filling my head with a boatload of information that leads to malfunction. And, as you can imagine, a desire to find a way out by doing something less intensive.

Spotting what triggers the procrastination habit in you is a necessity to move forward.

There are many books on procrastination and even more articles on the same topic.

I won’t bombard your head will all of them. I’ll mention just three:

Ultimately, procrastination is an emotional reaction to difficult or boring tasks.

For some, the social media feed offering a variety of things to look at is an appealing escape from the mentally taxing endeavor of doing the thing you were hired for. For others, it’s something else entirely – reading a bunch of sci-fi books instead of preparing for your online presentation.

To remain focused and work on what needs to be done. We not only have to remove the temptation – leave your phone in the other room. But also practice the often labeled as cringeworthy activities like meditating or peacefully writing inside a journal.

Fighting our natural tendency to enjoy ourselves instead of feeling like prisoners to a particular task is hard work. There is no way around this. As you can expect, it requires constant replenishment of effort.

If after trying the above anti-procrastination techniques you still find yourself in a middle of an unfinished task with your brain paralyzed by watching short videos on the internet. I’ll recommend the following reads:

Not only do these books tackle the problem of procrastination in more depth. But also the activity of reading is a nice additional weapon in your arsenal against the procrastination habit. 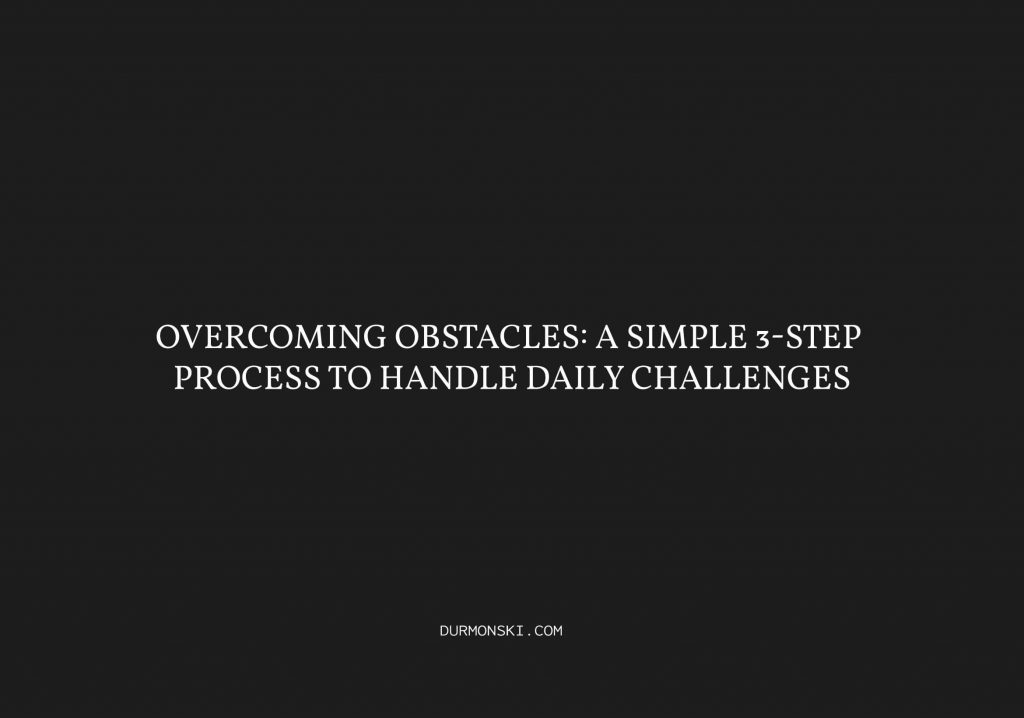 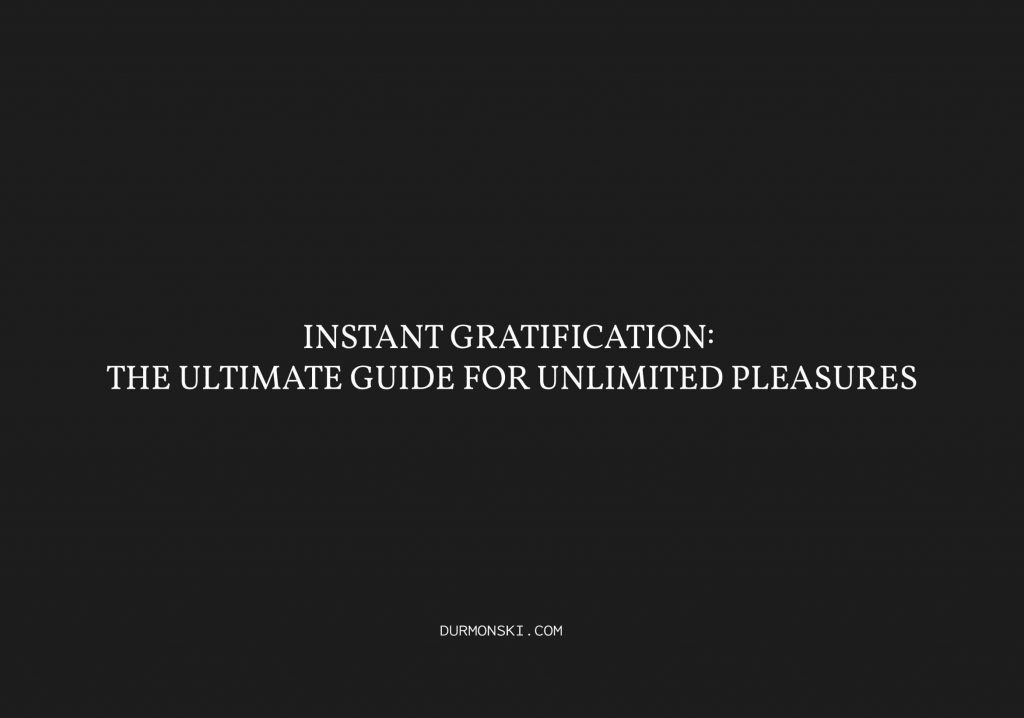 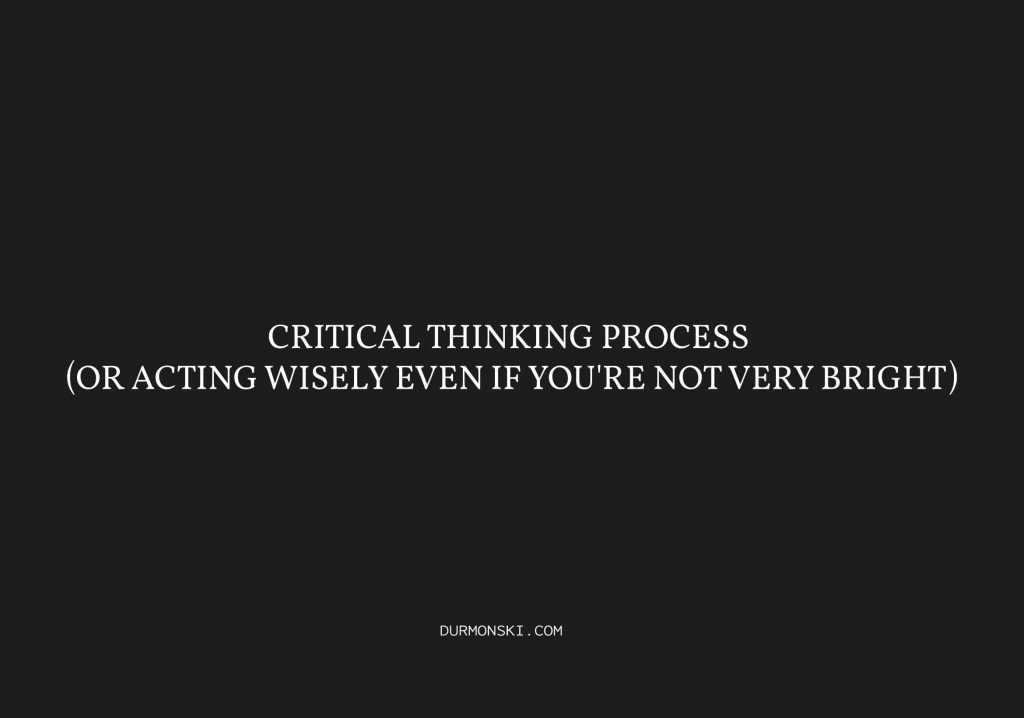