Compared to my peers when I was young. I was a late smoker. Most of the folks I hang out with started smoking between ages 13 and 15. I started when I was 18.

My parents never smoked. No one forced me to start.

The reason I got involved in this chimney-like habit was quite simple:

I wanted to fit in.

But except for the usual problems that come together with purposefully inhaling toxic smoke into your lungs. I had an extra that further deteriorated my condition: I had – still have – chronic bronchitis from when I was a child.

Put simply, I carried a cough that resembled a volcano about to explode.

I knew I had to quit smoking. The problem was that I couldn’t.

It took me around 10 attempts to break this nasty habit, stretched in around 3 years.

The first day that marked the beginning of me not smoking was not caused by some marvelous breakthrough. Not even based on scientific research. At that time, Atomic Habits, the ultimate book about habits, wasn’t even published.

What helped me finally get rid of the addiction. Finally, stop the nasty habit. Happened in my brain.

How Many Days Does It Take To Break A Bad Habit?

According to online resources, there are suggestions that it might take 21 days to break a bad habit. Others mentioned that it’s around 90 days. Optimistic online markets selling courses will try to convince you that it takes only 3 days to break a habit.

These are all fantasy estimates.

After all, attaching numbers to your goal – in our case breaking a bad habit – makes it more manageable. Attractive. Sexy even. Not to mention that we are guided by instant gratification – which means that we prioritize rewards that are easier to reach.

But these are just arbitrary numbers.

Based on my experience, along with what I’ve read in all the books I’ve summarized so far. To break a bad habit, you don’t have to pass a finish line defined by a random number of days.

Something else needs to happen. Your perspective about the behavior needs to change.

In addition to that, it requires reconstructing your surroundings. Building resilience. Crafting a list of good habits to practice daily. And a great deal of mental stamina.

And even if you have all of those. Bad habits and addictions are never truly conquered. Most people struggle for years. Daily have to convince themselves that they shouldn’t smoke or drink. Making bad habits life-long enemies that require our attention.

Why Is It So Hard To Break A Bad Habit?

Let’s start our short journey in figuring out how long does it take to break a bad from the obvious:

Why do we involve ourselves in activities that we label bad habits in the first place?

In cognitive behavior therapy, there is this thing called the cognitive triangle – you can get the gist in my Retrain Your Brain summary.

The cognitive triangle illustrates how thoughts, emotions, and behaviors affect one another.

In simple terms, our thoughts affect how we feel, which causes us to behave in a certain way.

Since I thought that I don’t fit in my circle. I thought that I wasn’t part of the group. That others don’t like me… All of these thoughts made me feel like a loner. That’s why I started smoking. So I could have an excuse to spend more time with the folks who I wanted to impress.

Soon after. The ritual of holding a cigarette wasn’t something I did to be around others. It emerged into an activity that made me feel better every time I smoked.

Plainly, smoking provided me with plenty of positive outcomes.

The habit I started so I can talk with people became hard to escape because I’ve assigned the activity in all areas of my life.

And as you can see. The activity is clearly associated with the cognitive triangle.

All three aspects of the triangle reinforce the bad habit.

With time, there wasn’t even a need to feel bad to smoke. I simply smoked.

Bad habits usually start to soothe us when we feel a certain way but they quickly expand.

Like an evil dark force that creeps and attaches itself to everything we do. A living toxic carpet that slowly expands across our whole being.

Then, we get stuck with bad habits because everything reminds us of how things are better when we perform the activity.

Our conviction becomes that bad habits enhance everything we do:

And the best example is probably this one from the book Alchemy by Rory Sutherland:

If we look closely, we’ll find that the core thing that keeps us performing a bad habit is that it provides us with quick positive sensations.

In our heads, we associate certain habits – usually such that are not healthy – with good sensations.

To change, our thinking needs to change.

To accept the fact that these are not helpful in the long run and assign new behaviors.

So, when you feel sad the next time. The usual route for you will be to light a cigarette and feel better. But instead, we can go for a walk to invite new thoughts.

A lot of people mention that you need to remove the cue – i.e., if you tend to smoke around others, you should avoid going out.

But this is hardly a good long-term strategy.

The change needs to happen from within.

The first course of action should be to note down all the destructive ways this nasty habit is corrupting your life. Then, think about why you are really doing it.

Most commonly, the reason is avoidance.

We avoid thinking about certain things and that’s why we smoke. It’s a way to diverge our thinking to something else.

When I reflect back on why I started smoking when I was barely legal to drive. I can say that I lacked confidence back then.

I wasn’t confident enough to talk to others. I needed an excuse to do it. And smoking was the easiest thing I could do.

Facing what we want to avoid will help us break bad habits.

As you can see, it will feel uncomfortable and surely hard in the short term. But in the long-term, the effect will be worth it.

Change Your Thinking To Break Your Bad Habits

You think that smoking is cool. Trendy. Help you build connections. That’s why you are doing it and keep doing it.

It’s a self-reinforcing loop that keeps you locked in this activity.

When you think that smoking is good for you. No amount of therapy or books about quitting will convince you otherwise. Unless, of course, they tackle the core problem – your thinking.

If conversing with someone about what you think about smoking can crack that thought and mold it into something different – that smoking is not good. Only then can you permanently ditch this nasty habit.

Yes, these (usual) things are also helpful for breaking a bad habit:

But the main thing that needs resolving is how you think about the activity.

When your previous thoughts that reinforce smoking – or any other bad habit – are replaced with something different. Only then will your desire to hold a cigarette will start to fade.

Personally, the thought that helped me break from the act of smoking was quite simple. One day I asked myself, “How can something so small have so much control over my life?”

I felt submissive to something as small as a pack of cigarettes. Then, a feeling that I’m not in full control over my life flooded my whole existence.

When others offered me a smoke. I no longer said that “I was trying to quit” – something I did in the past when I was indeed trying to quit. I confidently stated that “I’m not a smoker!”

While it might seem that these are identical. There is a big difference.

In the first case, I was still a smoker, but one who was trying not to smoke. There wasn’t a belief in my head that I should really quit. In a way, I was going against my will.

In the second case. When I finally decided that I will no longer be inhaling and exhaling smog. This was no longer part of my personality.

I no longer identified as someone who smokes. I distinguished myself from the habit of smoking, and this was no longer controlling my thoughts and behavior.

And while from what I’m writing it might seem that it was easy to break from this nasty habit. It wasn’t. As I mentioned at the beginning of the article. It took me around 3 years.

3 years to change the way I think about smoking.

If I have to do it all over again. I’ll do two things differently: I’ll read more and I’ll track my habits.

Books, good books. Help you change your thinking for the better.

So, if you’re looking for a way to rid yourself of a destructive habit. I’ll suggest not focusing on days. But aim to engage with books that will mold your thinking and track your progress along the way.

Do not worry about how many days it will take you to break a bad habit.

But the outcome is based on your daily actions.

Behind every action, there is some sort of belief. A set of thoughts that fuel your behavior.

Find these thoughts and question them. Change them. Once you do. You will change you. You become a better you.

That’s how you break a bad habit.

“You may want better health, but if you continue to prioritize comfort over accomplishment, you’ll be drawn to relaxing rather than training. It’s hard to change your habits if you never change the underlying beliefs that led to your past behavior. You have a new goal and a new plan, but you haven’t changed who you are.” James Clear 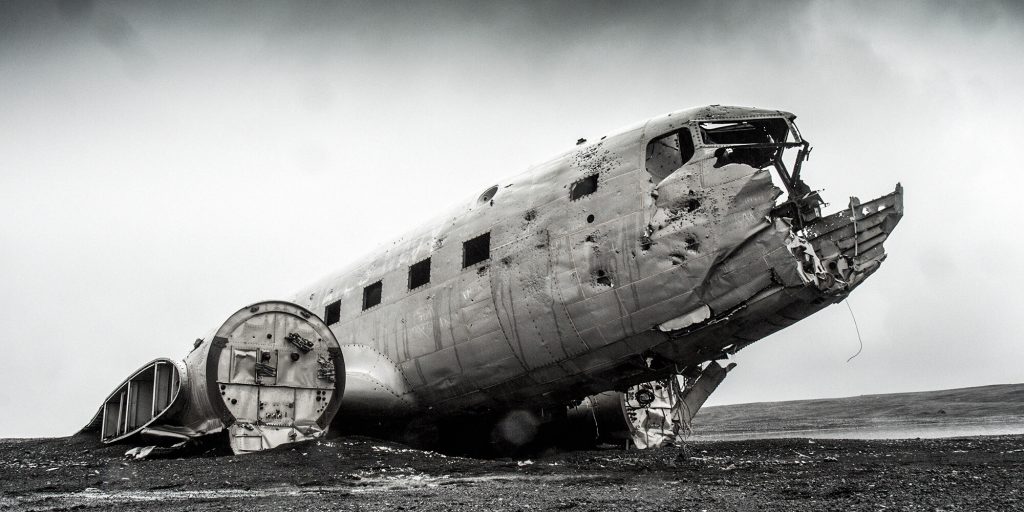 If Things Can Go Wrong They Will 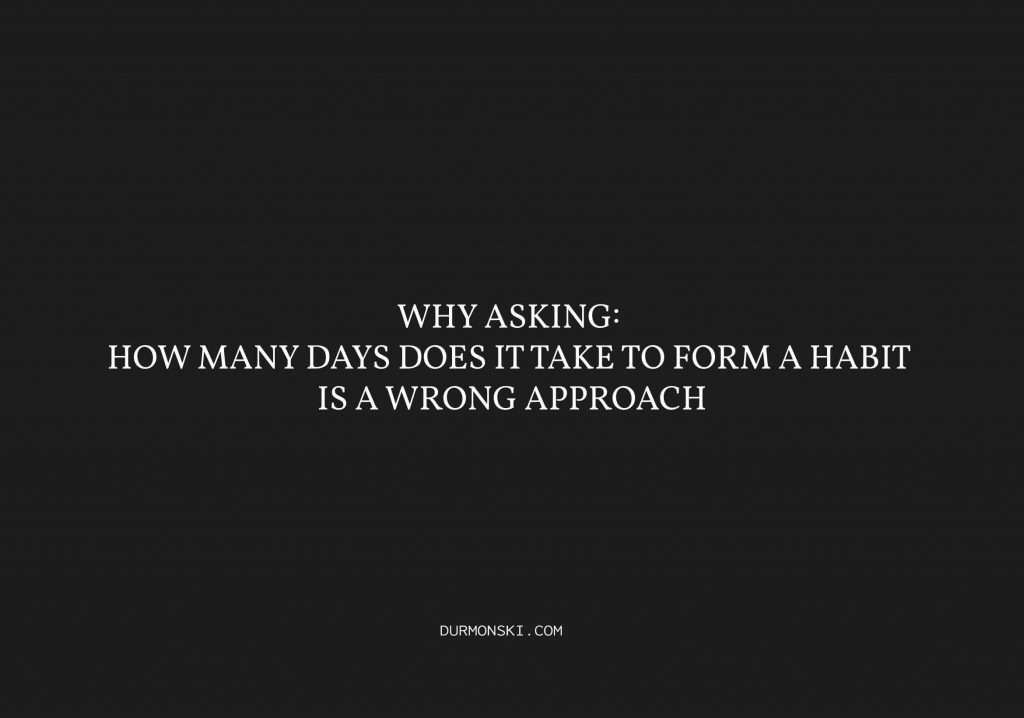 Asking: How Many Days Does It Take to Form a Habit Is a Wrong Approach 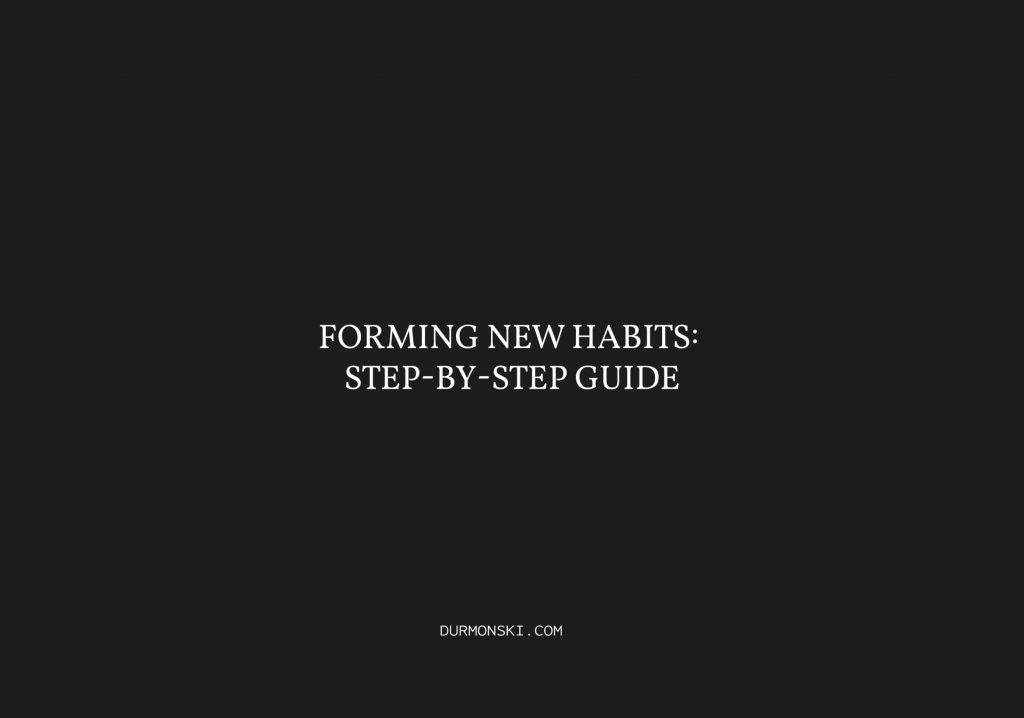