In 1765, Denis Diderot, French philosopher and main editor of the Encyclopédie, obtained a new, luxurious red dressing gown. As a writer, he wasn’t paying much attention to his things until this moment – the robe was his first premium possession. But instead of making him happy, the beautiful scarlet dressing gown he received as a gift suddenly made him feel miserable.1

Not that the robe itself was ugly or possessed by an evil demon. Quite the opposite, it was a beautiful piece of cloth. There was something else. The new item clashed with everything he currently had. There was no longer unity between his items, which lead to a massive upgrade of everything he ever owned, driving him into debt and also forcing him to constantly look for new things to add in his life, despite his apparent lack of money.

If you think about it for a moment, you will find that the same thing happens when we buy new things.

For instance: If you buy a new handbag, guess what you’ll most probably get along with it: a new pair of shoes, belt, earings, and other small items that can literally bankrupt you.

Or, if you get a new, bigger car you’ll start spending more money on gas and maintenance.

And while this behavior pattern is great for business owners as they make more sales, it’s something that can not only cost you a lot of money, but also make you feel anxious about your current possessions and trick your mind into thinking that you need even more things you previously never knew existed.

What Is The Diderot Effect?

In simple terms, it’s when you buy a new (luxury) item that’s somehow different from your current possessions. This seemingly innocent, at first, act turns into an uncontrollable consumption sequence because you want to make all of your things go along with each other. In the end, it turns out that you spent more money than what you initially expected because of this first purchase.

In Diderot’s case, the robe was so different from everything he owned at this point of time that he immediately started to renovate. He bought new prints, a new rug, a new kitchen table, new chairs, new cups, and all kinds of other small things he previously never even know existed. He replaced all of his current positions with new ones because he wanted to match the luxury of his new robe.2

How The Diderot Effect Influences Your Behaviour?

In Diderot’s essay Regrets on Parting with My Old Dressing Gown, he writes: “I was absolute master of my old dressing gown but I have become a slave to my new one.”

The new robe corrupted his thinking, made him feel miserable, and also pushed him towards getting a bunch of other things he never wanted before.

Untoubdotely, you can tell a similar story. Where you bought one thing and because this new thing was so different from your current goods, or it required extra things to work better, you go back to the store and you max out your credit card.

I can surely tell you one of my stories…

A couple of years ago, I bought a PlayStation. I wanted to play one particular game but once I was done, I wanted more. So, I bought more games. I subscribed to their paid plan and I also got a new controller to play with my wife. But besides spending money, I was also spending something else: time. On weekends, instead of writing or going out, I was looking for new games to play and new challenges to conquer. Prior to owning a time-sucking console, I was OK. I wasn’t an addicted gamer. Yes, I had the urge to play the game but it was bearable. The purchase of the PlayStation led to the same uncontrollable consumption spiral which Denis Diderot experienced almost 250 years ago.

A lot of times we do need extra goods – for example, you do need to get furniture if you buy a new house. But in a lot of occasions, our desire to visit the mall comes from our inner urge for unity between items and the outside social pressure.

Why You Should Know About Diderot Effect?

You might be thinking: “How is this related to me?”

Well, if it’s not yet obvious, let me explain:

There are two main concepts that you need to be aware of when buying stuff:

But there is something more.

Grant McCracken, the person who coined the term Diderot Effect, wrote a book called: Culture and Consumption: New Approaches to the Symbolic Character of Consumer Goods and Activities.

For instance, if you imagine yourself as a tech nerd, you’ll surround yourself with the latest gadgets. You’ll buy everything with the label Apple and subscribe to all major sites that deliver technology related news. In contrast, if you’re minimalist, you’ll dress in no-print t-shirts and look for expensive, but also plain, furniture that screams simple.

Regardless of what type of person you are or you want to become, your buying behavior is always towards making things match both each other and your personality. This, in most cases, leads to a continuous process of buying things unless you do something about it.

How To Overcome The Diderot Effect?

Overcoming spiraling consumption in today’s time is hard, but not impossible.

These days we’re bombarded by ads, algorithms follow our every move and show us tailored messages based on our thoughts, which often leads to not one but many subsequent purchases.

To stop this nasty behavior and to rid yourself from the excess stuff, you can do the following:

Diversion: For individuals, understanding the Diderot Effect will help you prevent yourself from buying more stuff. For business owners, it’s a way to encourage your customers to buy more products or buy more expensive products (or both). Remember: people buy things in sets and to show high status. If you have more items that complete each other, you can make people add more things in their shopping cart. Thus, increase your sales. While this sounds devilish, from the user’s perspective, it’s something you need to consider when deciding how many products, and what type of products, you should add in your store.

The Diderot Effect represents perfectly our true human nature: We’re emotional creatures driven by feelings. We seek status and approval. And in the 21st century, the fastest way to get others to like you is by surrounding yourself with nice-looking things.

However, if you ever owned a nice car – or anything luxurious for that matter – you know that after just a few months this new thing no longer sparks joy.

So, to not end up like Denis Diderot who lived a humble life before the scarlet dressing gown ruined everything, you need to understand that things don’t define who you are. You, your actions and your deeds are the ones that matter.

Or as he writes in his own essay: “My friends, keep your old friends. My friends, fear the touch of wealth. Let my example teach you a lesson. Poverty has its freedoms; opulence has its obstacles.”3 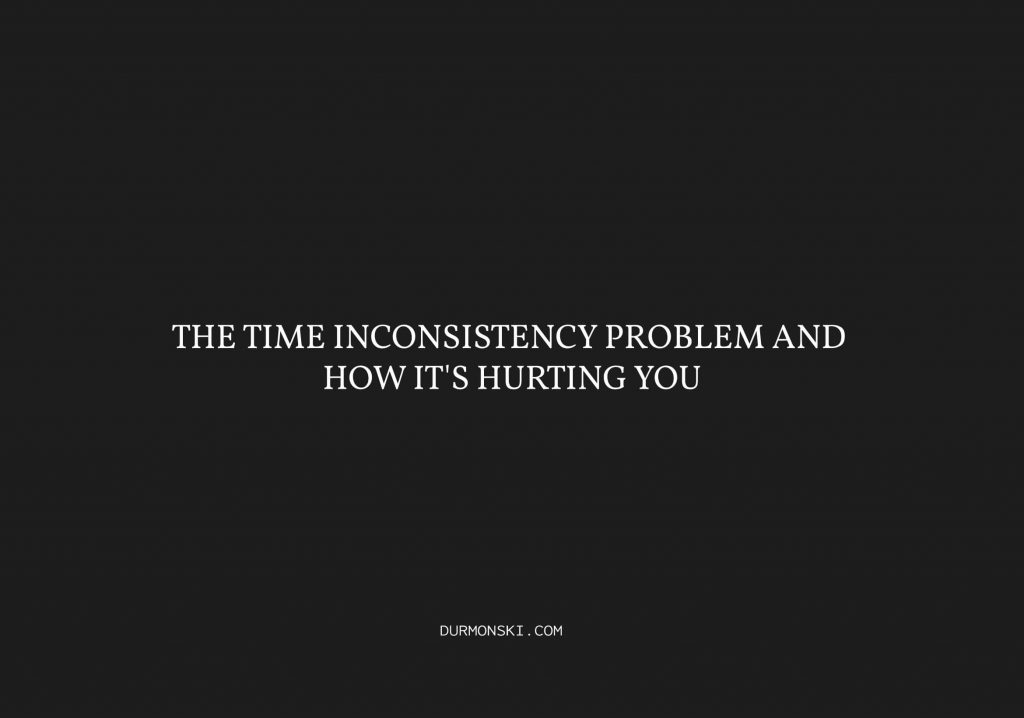 The Time Inconsistency Problem and How It’s Hurting You 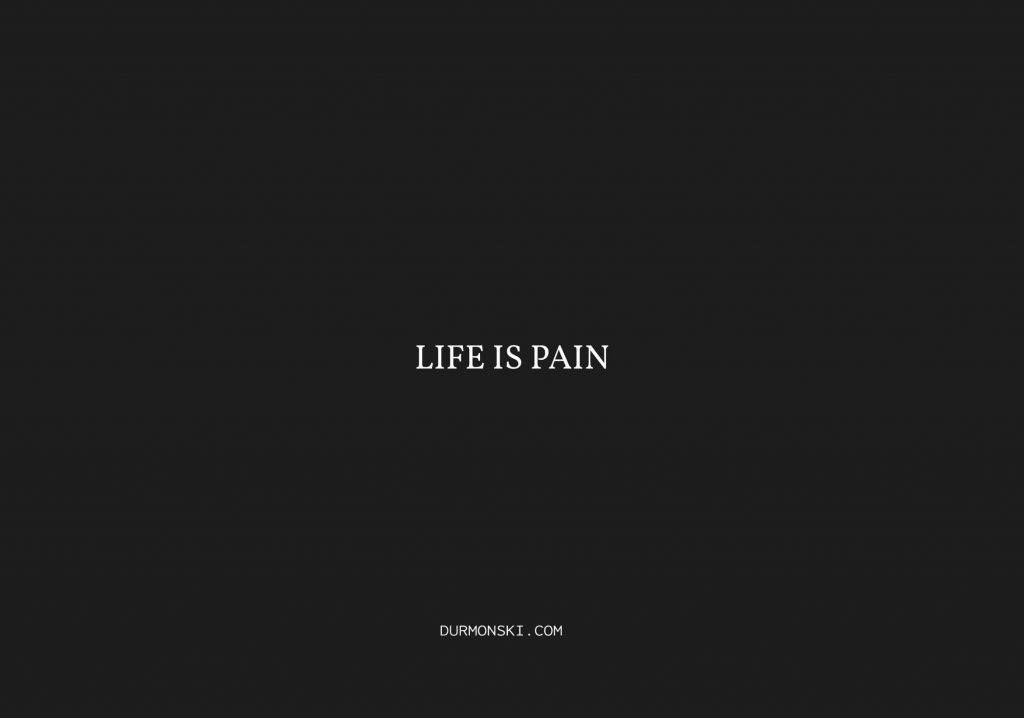 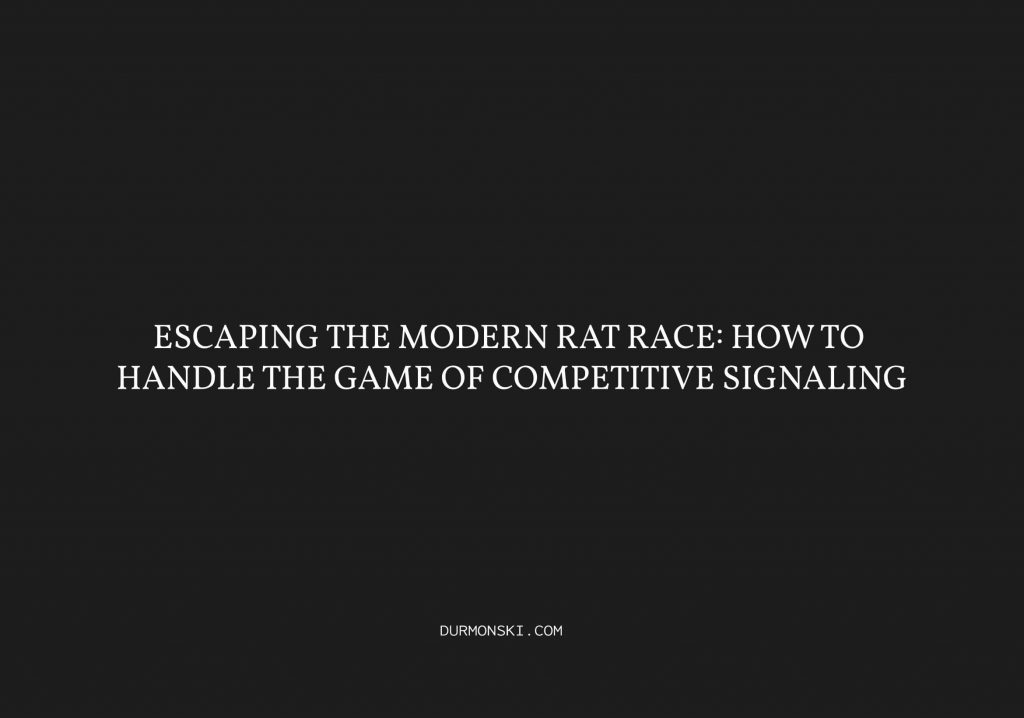 Escaping the Modern Rat Race: How to Handle the Game of Competitive Signaling