I’ve always been a C student. My essays sucked. But publishing content online was becoming trendy, and I decided to give it a go. I started 9 years ago. I knew I lacked skills. “Just make sure you don’t write after you graduate,” my teacher used to say in school. And she wasn’t exaggerating. When returned, my papers looked like Jean-Michel Basquiat paintings – you could barely see the actual text by the corrections made by my teacher. I always scored low when I was trying to prove a hypothesis on paper. On top of that, English – as you can probably guess from my name – is not my native language. Yet again, I’m here today, and I’m writing this to you.

I was embarrassed to put my actual name on the first sites I created. “What if my friends and co-workers read what I wrote? They’ll think it’s stupid, immediately spot my errors and remove my name from their contact list.” So, for years I was publishing incognito. I never had the courage to share what I wrote with my closest friends. I felt like an impostor (and I still do) and I thought the few people visiting my site were loudly laughing when they were reading my stuff.

For unknown reasons, I continued to write…

Somewhere between my 7th and 8th site something interesting happened though. A big company noticed my work and contacted me. Eventually, they ended up paying me $300 to write a single piece. I was like, “WOW! Did this just happen? Someone actually paid me money to write?”

Nowadays, I often receive praise from readers. Also, I recently started a membership program where members get access to all the book summaries published without restriction. Oddly, people subscribe to read what I write.

I turned out that I’m not that bad after all. Well, I’m still bad, but I’m continuously learning and (hopefully) getting better.

Not that I’m now cured of the impostor syndrome. And no, I don’t consider myself a skilled ink-slinger either. However, it turns out that even grammatically illiterate people, like me. People who doubt their work and are too afraid of sharing it with others – also like me – can put words on paper, inspire, and convince other people to open their wallets for them.

What Is The Impostor Syndrome?

Ever felt like you don’t belong? Like you don’t deserve the awards, the praise from your colleagues, and your salary? You’re worried that people will figure out that you’re not as smart as you present yourself?

We all feel like impostors. And I literally mean all of us. Even widely successful people like Michelle Obama, Neil Gaiman, Neil Armstrong, and others who we regularly see online and on TV apparently often feel like they don’t belong.

The impostor syndrome is this insidious feeling that creeps inside your mind and whispers that you’re not good enough. That you’re a fraud. That your achievements are by pure luck. That you landed your high-paying job by mistake and that your wife and friends are secretly laughing behind your back.

And yeah, it’s also this thought that others know way more things than you do.

This invisible destructive inner force aims to stop you from publishing your work. Prevents you from expressing your opinion and instills doubtful thoughts inside your already vulnerable consciousness.

And to top it all, accumulating massive success is not going to help a lot and it won’t cure you of this self-sabotaging condition. Even if the public considers you an expert in the field, there’s a high chance that your mind will constantly tell you that you’re still this average-looking dork who’s inadequate and doesn’t belong on stage, in front of the camera, or deserves his words to be printed and formed in a book.

Why People Suffer From The Impostor Syndrome?

There are many theories, papers, and books on the subject. And basically, a lot of people think that feeling like a fraud can be caused by bad parenting, unsupportive social networks in school, work, or in between friends.

My view after reading a bunch of scientific papers?

It’s a combination of things.

Surely not receiving enough support from your parents when young and fragile can cause a lot of harm and turn you into a self-doubting, unconfident, anti-social gamer who’s excellent at shooting zombies on a screen but chokes every time he/she needs to speak in front of other people. But there’s another area that boosts your inability to believe in your own skills – your own survival.

Back in the days, just right after people stopped acting like monkeys, in order to stay alive for a bit longer, you had to make sure that other people like you and also that you act within your perceived skill set. If you weren’t confident that you can protect yourself when attacked by a wild animal, well it was probably a better idea to stay around the campfire.

The impostor syndrome, in a way, preserved our species till this very day. By skipping hunts with the brave ones, by hiding in basements when called to war, we survived for years. Yes, it’s kind of sad and unheroic, but that’s how life is. Some people are thrilled when there’s danger, others prefer to sit quietly and emerge in deep thinking sessions.

Considering the above, we can conclude that there are two reasons we doubt our work, skills, whatever. We can categorize them into the following two points.

The impostor syndrome exists because:

“But should I do something about this? I mean, I’m amazing at playing video games and I don’t mind living the rest of my life in my parent’s basement?”

Yes, you might think that everything is fine but your parents do mind! They may not tell you directly, but they are certainly making plans to kick your ass out of the house.

But there is more. This psychological disbelief is causing more harm than good – you’re afraid of expressing our opinion, you overwork yourself because you want to prove that you’re not a fraud, you’re trying to remember the food preferences of the people around to make them like you, etc.

So yes, you need to do something about it.

Understanding the syndrome, figuring out the reasons you hide in the closet when it’s time to go to work, and making proper corrections can help you shine and eventually live a lot better life. And hey, it will also be great for your folks because they’ll finally have time for themselves.

What You Should Know About This Syndrome?

If you feel like a total fraud and if you’re deliberately taking sick leaves because you don’t have the gut to face reality, understanding the different levels of impostor syndrome can help you keep your job, finally start the business you have always dreamed of, or ask a girl on a date.

Yes, there are a couple of impostor syndrome stages.

According to Dr. Valerie Young – the current go-to person when it comes down to feeling like an impostor – there are 5 levels of this phenomenally sucking psychological condition that aims to keep you locked at home and feel bad about being you.1

The 5 Types of Impostor Syndrome:

If you actually read the just-shared 5 types of the impostor syndrome, and if you thought about them deeply, then you probably spotted a pattern in all personalities: All the types don’t acknowledge what they do know. They focus more on what they don’t know. And while this can be a good thing – it can help you grow as a person, keep learning things, and don’t be stupid – it’s kind of a curse.

You’ll beat yourself up and continuously over-consume content because you’ll think that everyone else is better than you.

But let me tell you something and ease your mind. Most people are average. They have average jobs, homes, drive average cars, and eat cereals you’ll never put in your mouth even if the world is about to end.

The reason you feel like you’re never good enough is because you only read stories of people who made it. After all, major news channels will rarely feature a story of the average Joe.

No, they want to present glamorous success stories in order to convince you to buy something from them. But as said above, even famous people don’t think they’re actually awesome and even movie stars live ordinary lives.3

“So, is there a way to feel better about my incompetence?”

Yes, there surely is.

Here’s how you can fix yourself and convince your always wanting-more-mind that you’re a worthy citizen of the world. And yes, that you also deserve your salary.

How To Handle The Impostor Syndrome?

Injecting more confidence in yourself will surely help. Exposing yourself to more “dangerous” situations also. But these statements are vague and unactionable.

Let me throw some practical suggestions that can help you feel better about the skills you already possess:

Here’s the above information in one visual element:

But the above is not enough. Here’s a tip for the perfectionist parents who probably won’t change their perspective but at least can avoid causing harm to their children:

If you’re an enthusiastic parent, you’ll most probably push your kid to be a straight-A student. But think about it. How will this help your kind in the long run? Grades and honors in school don’t mean anything after that. You should motivate your kids to try new things, to fail, and to be OK with it. After all, as Winston Churchill said, “Success consists of going from failure to failure without loss of enthusiasm.”

If you punish your child every time he has a bad grade, he will avoid trying things later in life because he will be afraid of being punished.

That’s what happened to me.

I constantly doubt my work because I was told that everything I do should be perfect.

At school, I was more afraid of what my parents would say if I failed the exam than what I would learn. That’s why I cheated. Like, a lot. Eventually, I didn’t learn a lot of things in school because grades were more important to the people around me.

But I learned something else…

Grades in school don’t matter. What matters is the experience you get from trying. And more importantly, than not trying is worse than trying and failing.

My first 8 sites miserably failed. But not necessarily because I was a lousy writer – yeah, I surely was – but because I quit publishing. For more than 10 years I thought that writers are born with a pen and paper and that you should have some kind of cosmic calling to put words on a piece of paper. Or in other words, I didn’t believe in myself. And since I questioned my own skills, this affected my work.

However, something interesting happened when I created durmonski.com, and I started publishing without giving two cents of what other people think of my writing – people started sharing my posts along with “that’s a great piece of content” emails.

Were my posts flawless? Nope. Helpful? Sort of. What change then? The way I view my work. I was no longer obsessed with writing the “ultimate” piece of content that will change the world. I was obsessed with making progress and improving. Focused on publishing my work regularly. There were surely flaws but at least I was moving forward.

Eventually, I figured out that you can correct things later but you cannot correct work that’s not yet published.

Hopefully, my story will help you overcome your inner disbelief and realize that you’re not a fraud, you are work in progress. 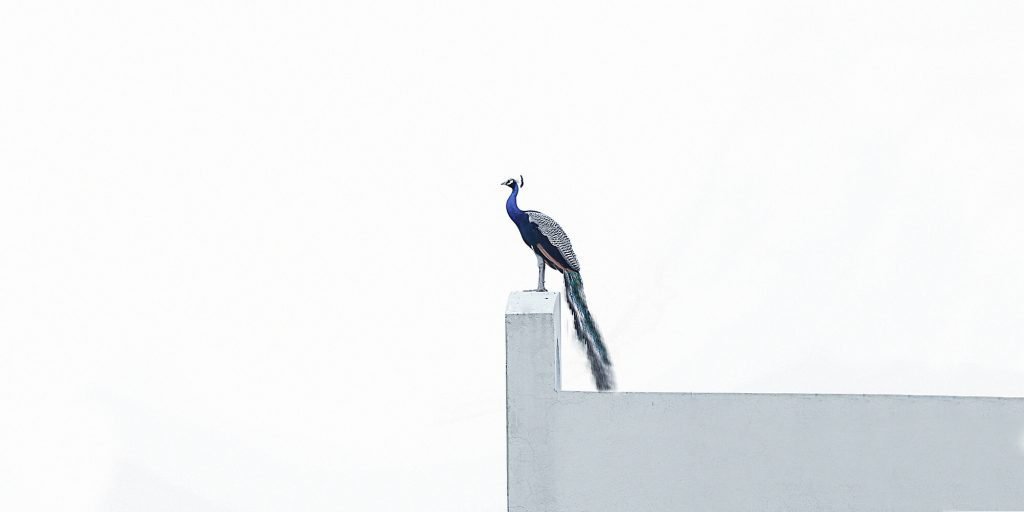 Let Go Of Your Ego Before It Destroys You 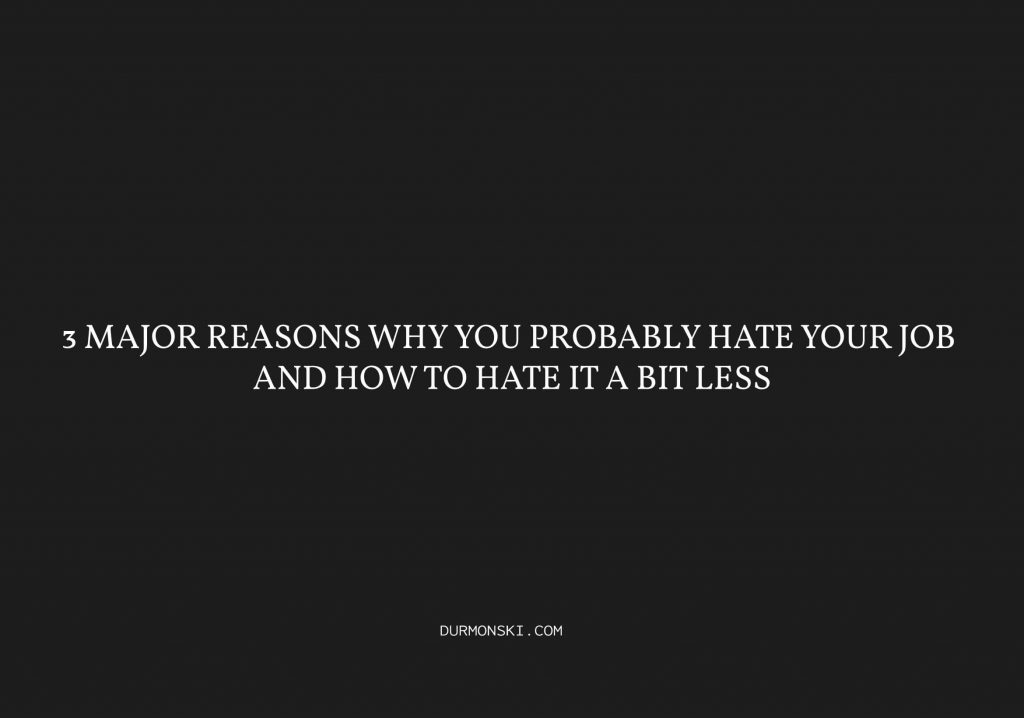 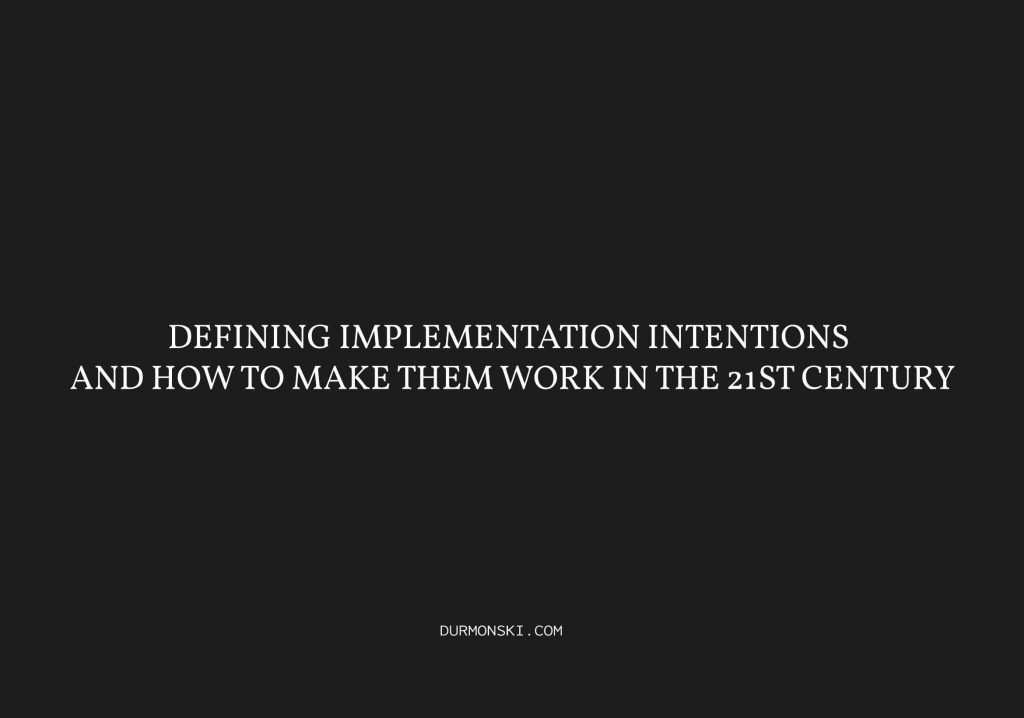