This is a comprehensive summary of the book Who Owns The Future? by Jaron Lanier. Covering the key ideas and proposing practical ways for achieving what’s mentioned in the text. Written by book fanatic and online librarian Ivaylo Durmonski. Supporting Members get access to downloadable worksheets.

Who Owns The Future? is a book that describes hypothetical speculations about the future – which will most probably occur. Jaron Lanier argues that the middle classes will crumble if we keep concentrating more money and more power towards big digital networks (think Facebook and Google). He encourages us to rethink the way we consume information if we want to avoid another destructive, wallet-zeroing recession.

The book covers multiple topics but the main focus is on the future and how centralized servers, called Siren Servers – big data gatherers that are exploiting our privacy – will eventually rule the world. The way out of this seemingly despotic future? Reward independent site owners for what they do and share on the web. Otherwise, we’ll end up obeying some kind of tyrannous AI that will accumulate more wealth and power and only grow stronger and stronger.

5 Key Lessons from Who Owns The Future?:

Lesson #1: Society Will Keep Getting Poorer When Digital Networks Become Even More Sophisticated

The book presents two ways that perfectly describe the distribution of wealth in the world:

And while the winner-take-all distribution sounds super cool if you’re starting your own thing online, the bell curve distribution is the one we should aim for as a society.

A brief example to “get it” even more is the following: The more people buy goods from Amazon, the more Amazon will gain. Unfortunately, by doing so, the smaller shops will begin to crumble and eventually perish, leaving only one player in a market worth billions. How this affects us? The large organization will become despotic and we’ll have no other choice but to obey.

In reality, real artists are paid pennies while the big bucks get collected by centralized systems. This creates disbalance in the economy and leads to the disappearance of the middle-class.

Lesson #2: Ordinary People Are Not Compensated for The Information Taken From Them

When we copy or when we use a service, a product, without paying for it – for example when we share files or if we contribute to torrent sites. We’re basically undermining the economy as we know it and helping a poisonous centralized system become even bigger and eventually make economics even worse.

On top of that, we’re preventing the artist, the coder, the writer, who created the piece of information from receiving his fair share for his efforts.

You might think that you’re not doing anything wrong when you get stuff for free, that it’s just a file, a couple of pixels compressed in a folder, but you’re thinking wrong.

Every time you’re “stealing” digital info, you’re harming the creator. Imagine if that person has no other way to feed his family. Would you still do it?

But there is even more to that.

Giant networks – Facebook and Google – are constantly stripping information out of us and are using it against us – to show us more ads and persuade us to buy things we don’t actually need.

What the author suggests is to implement some sort of digital signature inside everything related to your online existence. This way, you’ll receive royalties every time your creation is used by people.

“Some decades from now all those idealistic people who contributed to open software or Wikipedia will be in the same position as today’s aging jazz musicians. We’ll help one per week through fund-raising on Reddit in order to feel good, even though on average that will be the equivalent of doing nothing. In a humanistic information economy, as people age, they will collect royalties on value they brought into the world when they were younger.” Jaron Lanier

People in the tech industry are heavily promoting their inventions which changed our perception about how things are made.

When we think of certain online products/services, we don’t consider the people working behind the scenes. We look at a website and we imagine that it’s up and working on its own. But as you can probably imagine, this is nonsense. Some projects require tons of people who need to manage things. And while having access to free stuff is cool, the trend is disturbing.

Since there are more and more people entering the market, to keep up, a lot of providers are offering even more free stuff. And while this is good for ordinary people – I mean, everyone loves free stuff. This is destroying jobs and bankrupting products since “free” can’t pay salaries.

“A new kind of middle class, and a more genuine, growing information economy, could come about if we could break out of the “free information” idea and into a universal micropayment system. We might even be able to strengthen individual liberty and self-determination even when the machines get very good.” Jaron Lanier

Lesson #4: The Rise of The Siren Servers

First off, what is a Siren Server?

A godlike network of computers whose sole desire is to rule a certain market – or why not the whole world!

It basically acts like this: It gathers data from everything around – the people that are present – the data is later analyzed and used to manipulate the users and also to trick more people into joining. Of course, the gathered data is also carefully stored and undisclosed.

Why do people get hooked by such devious things?

Because they’re designed that way.

When people use Google (a good example of a Siren Server) they get into the habit of using their services. We get attached to their sheets and analytics because we poor more and more information inside. At some point, we’re too deep down the rabbit hole and it’s hard to escape. This forces us to make other people use them and eventually everything is optimized for Google.

Pretty much the same happens when you use Facebook. You share pictures. You chat with friends. At some point, you don’t want to leave because you’ve invested a lot inside this platform and on top of that, everyone you know is using it. And the more people use a particular service, the more will come.

And despite what the founders of Siren Servers might share publicly, the data they gather is always used at our expense.

Lesson #5: We Need To Create More Opportunities For People Online

“The information economy that we are currently building doesn’t really embrace capitalism, but rather a new form of feudalism.” Jaron Lanier

What will happen when we completely automate manufacturing, robots become cheap enough to create new robots, and AI is capable of driving your car and picking up your underwear from the dry cleaner?

You’ve guessed it, the majority of the jobs will become obsolete.

But similar things are happening nowadays in the online world.

Big networks dominate entire markets leaving little room for individuals to thrive. Since someone decided that everything online should be free nowadays, small creatives are struggling and looking for ways to “growth hack” their projects and find shortcuts to success. Eventually, they realize that there is no shortcut and that everything is already created and owned by the big brands – the Siren Servers.

Unfortunately, this type of scheme won’t lead to anything productive in the long run. It’s only shrinking the economy.

If we want to see progress in the world, we need to support small business owners – both online and offline. By doing so, we’ll give them the means necessary to get better, improve their craft and contribute to society.

Supporting creatives online will trigger a positive chain of effects – the more independent website owners are supported > The more opportunities (and jobs) they’ll create > The more they’ll support other creatives.

So, who owns the future?

If we look at the current trends, the odds are not in our favor. Big networks are gathering more and more information. This allows them to tailor their message the right way and get even more money from us.

What can be done?

Well, according to Jaron Lanier, the author of this marvelous book, the only way we can bring back the balance to the world is by making more content online paid. This will allow the middle classes to rise and the economy in general to thrive. And it kind of makes sense. When average citizens gain more they’ll be able to support other citizens and eventually, more communities will thrive. That’s my main takeaway from the book.

Who Owns the Future? is not an easy read. There’s surely a lot going on inside the brain of Jaron Lanier. The writing is a bit polemical and long-winded. Kind of hard to get a good grasp of the ideas inside. Still, this book is definitely a gem.

“We must learn to see the full picture, and not just the treats before our eyes. Our trendy gadgets, such as smartphones and tablets, have given us new access to the world. We regularly communicate with people we would never even have been aware of before the networked age. We can find information about almost anything at any time. But we have learned how much our gadgets and out idealistically motivated digital networks are being used to spy on us by ultrapowerful, remote organizations. We are being dissected more than we dissect.” Jaron Lanier

“People are gradually making themselves poorer than they need to be. We’re setting up a situation where better technology in the long term just means more unemployment, or an eventual socialist backlash. Instead, we should seek a future where more people will do well, without losing liberty, even as technology gets much, much better.” Jaron Lanier

“My suggestion is, experiment with yourself. Resign from all the free online services you use for six months to see what happens. You don’t need to renounce them forever, make value judgments, or be dramatic. Just be experimental. You will probably learn more about yourself, your friends, the world, and the Internet than you would have if you never performed the experiment.” Jaron Lanier 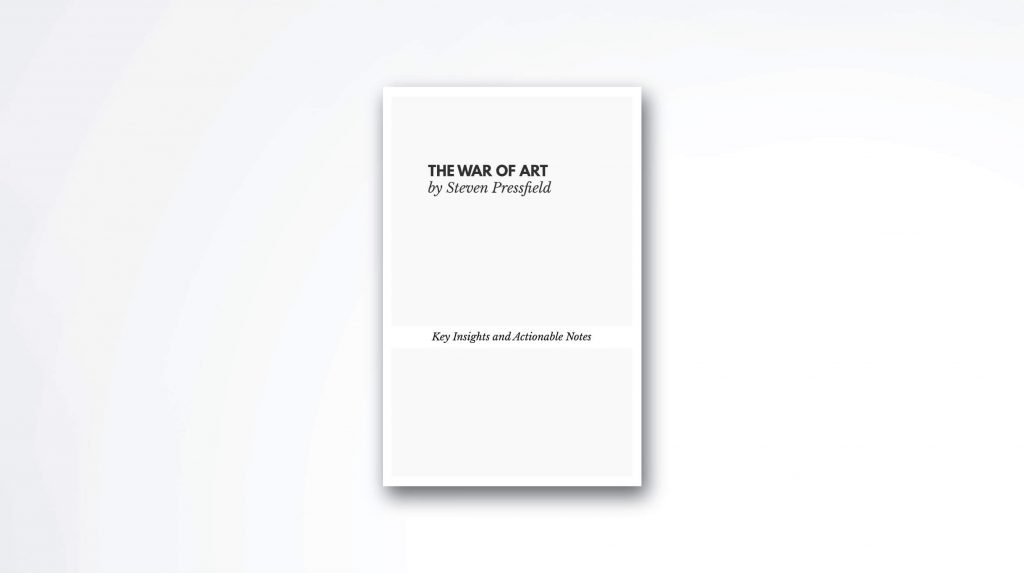 The War of Art by Steven Pressfield [Summary] 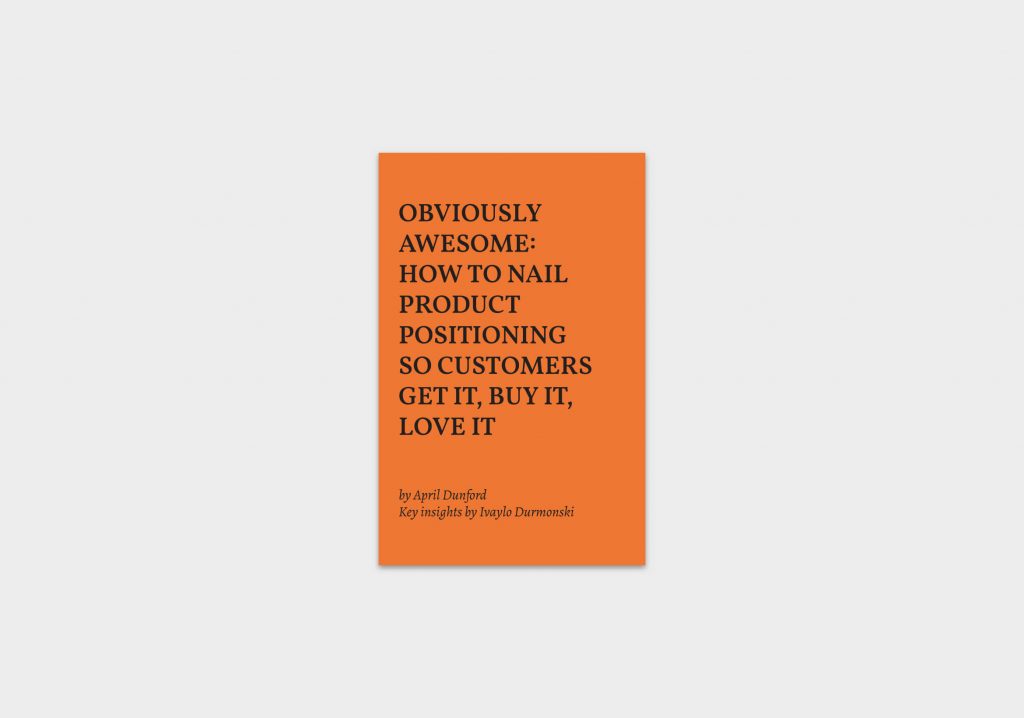 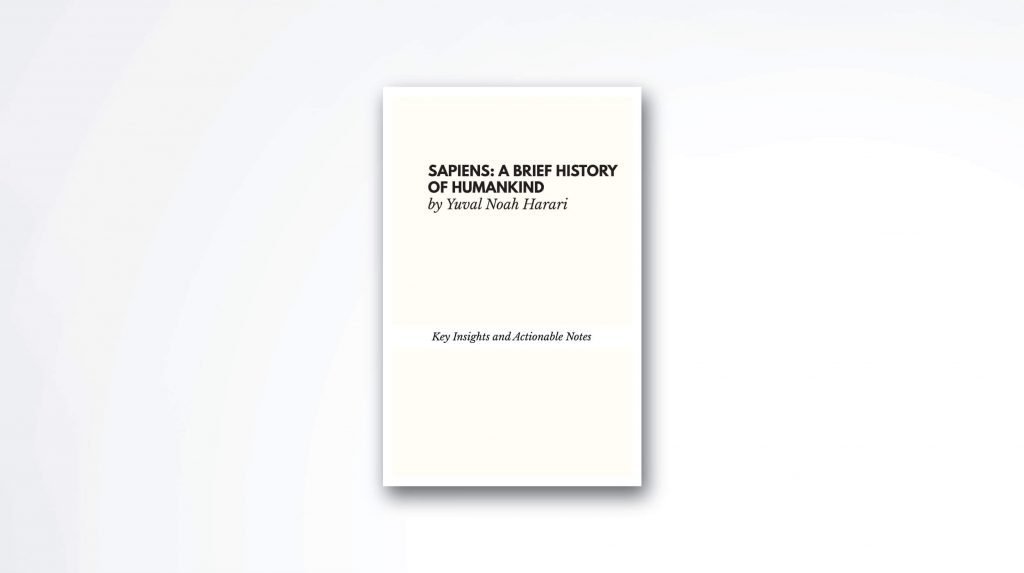