This is a comprehensive summary of the book The Tipping Point by Malcolm Gladwell. Covering the key ideas and proposing practical ways for achieving what’s mentioned in the text. Written by book fanatic and online librarian Ivaylo Durmonski. Supporting Members get access to a downloadable worksheet.

The book explores the principles of epidemics. Or in other words, what kind of events happen prior to something becoming viral. Along with the other things, Malcolm Gladwell explains in detail how the TV show Sesame Street conquered the children’s media when everyone else thought that it’s impossible; How the rate of rampant crimes in 80s NYC dropped in less than a decade; What’s the key to get people to change their behavior.

The main idea of the book is to answer the following question: Why is it that some ideas or behaviors or products start epidemics and others don’t? This Gladwell guy talks about the things that need to happen in order for an idea to spread like a virus. The findings in this book are particularly good for people who want to infect the minds of the masses with their idea. Also, for those of us who want to start a cult-like product.

5 Key Lessons from The Tipping Point:

Lesson #1: There Are Three Main Rules To Make Something Tip

If you want to make a product or idea tip, so it can flood a certain market, you need to execute on the following three rules:

Lesson #2: Want To Help People and Contribute to Society? You Need to Become a Maven

Someone who really knows his stuff about a certain topic. Or, a person who’s really skilled in the field.

The word comes from the Yiddish meyvn (language used by Jews), which means “one who understands.” Think of it as the local sports-junkie. The one who knows at the scores and the last names of all the players. Or, the know-it-all person, a.k.a Mr. Smarty pants. Though a lot of times these people are quite annoying, they are the ones we call when we have a problem with our car or when we’re deciding which refrigerator to buy.

Wondering why? Well, the markets are crowded with products and the internet is like a never-ending black hole. You need someone to point you in the right direction and tell you which product you need to purchase.

Mavens are the ones who read the instruction manual, front to back, and leave 10-page reviews for the products they’ve used. They collect massive amounts of information for a particular subject and will gladly share with you their findings so you can make the right decision.

Come to think of it, Mavens are a representation of a successful affiliate marketer. Think about it, the most famous advice to become successful online is to share freely what you know with others. Well, if you’re a Maven, you already know a bunch of stuff about something. Now you simply need to structure what you know and share it.

“To be a Maven is to be a teacher. But it is also, even more emphatically, to be a student. Mavens are really information brokers, sharing and trading what they know.” Malcolm Gladwell

The words that come out of your month have the power to impact the people around you. That’s not a secret. But it’s the same with emotions. We behave differently when we’re surrounded by people in a good mood. However, we rarely think or talk about this.

You might think that your smile or your frown face is a direct representation of your inner state, but it’s probably for a different reason. In most cases, you’re simply mimicking the people around.

Why it matters: If you’re raising a child and you’re constantly grumpy, don’t get surprised if your little copy is never delighted. Also, if you’re surrounded by frown faces, negative emotions, or pessimists all the time, you’ll probably never find joy.

Lesson #4: Regardless of What You’re Building, Create One Focus Point

People can’t focus on two things at once. That’s why we move our eyes when we read. We simply can’t read a sentence on a page if we stare straight ahead at the center of the page.

So, what’s the idea?

Focus on one thing at a time. Whether you’re creating pages on a website or writing a book. Try to present one idea at a time. We get distracted quite easily. Especially nowadays when the world is swarmed with information, products, and millions of websites fight for our attention. If people can’t understand what’s the point of your site, for example, in a matter of seconds, they’ll abandon it and never return.

That’s an alarming fact. The author shares the observations of a sociologist at the University of California at San Diego, David Phillips. What he found was quite shocking. Apparently, immediately after stories about people committing suicides are shared in the news, suicides in this area increase. When people see others doing it, they get “motivated.” This act becomes contagious and it serves as a Tipping Point for others. It’s a kind of imitation. A bad one as you can clearly see.

That’s why it’s extremely important to create the right environment for the people around you, and not only. Be mindful about the type of media you consume and also try to influence what’s dispatched, whether online or offline.

I was quite surprised that The Tipping Point is generally considered a business book. Yes, there are some techniques and principles that can be applied by store owners and/or executives, but in essence, this is a psychological book.

Throughout the book, the author shares stories and observations that aim to help you understand what makes something tip. How an idea can spread across people and it can transition from 0 followers to an international infection, in a good way. Also, how seemingly minor changes can somehow have big effects over a relatively short period of time. And though you might think that this is what every business owner needs to know, you won’t find business implementations mentioned in the book. Is more of a collection of stories that explain the principles of epidemics and how people behave in different situations.

The main thing I learned in the book is that you should deliver clear messages. Fancy words and long monologs might seem nice, but there’s nothing more destructive to business to an audience that doesn’t understand the reason the product exists.

“The tipping point is that magic moment when an idea, trend, or social behavior crosses a threshold, tips, and spreads like wildfire.” Malcolm Gladwell

“If you want to bring a fundamental change in people’s belief and behavior…you need to create a community around them, where those new beliefs can be practiced and expressed and nurtured.” Malcolm Gladwell

“That is the paradox of the epidemic: that in order to create one contagious movement, you often have to create many small movements first.” Malcolm Gladwell 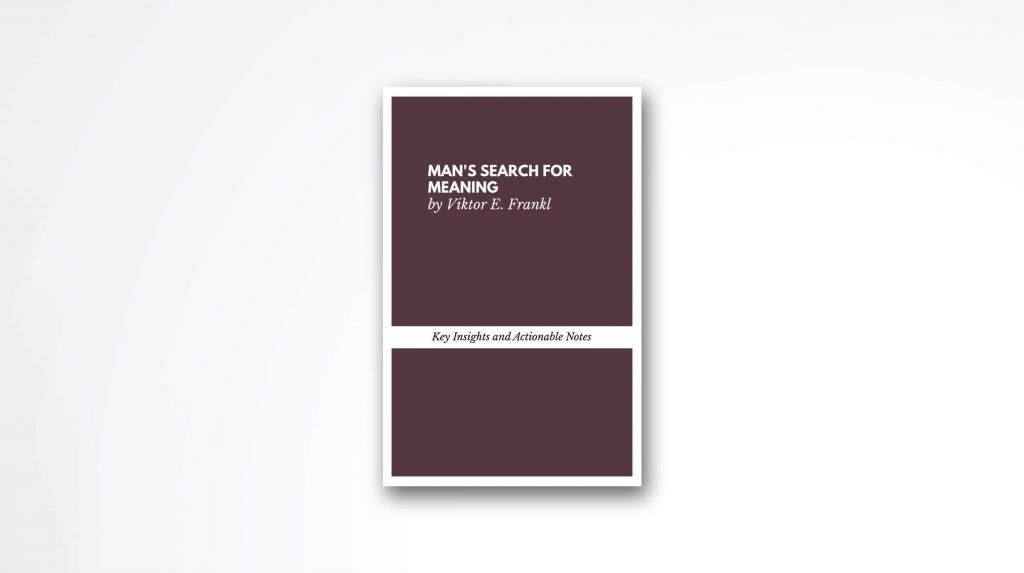 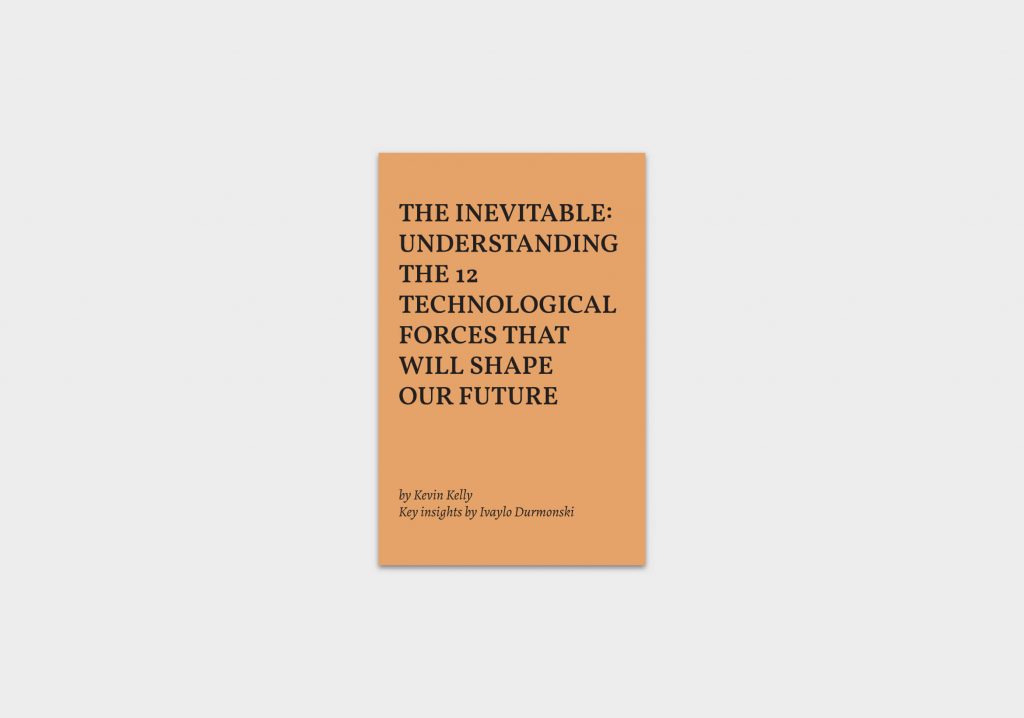 The Inevitable by Kevin Kelly [Summary] 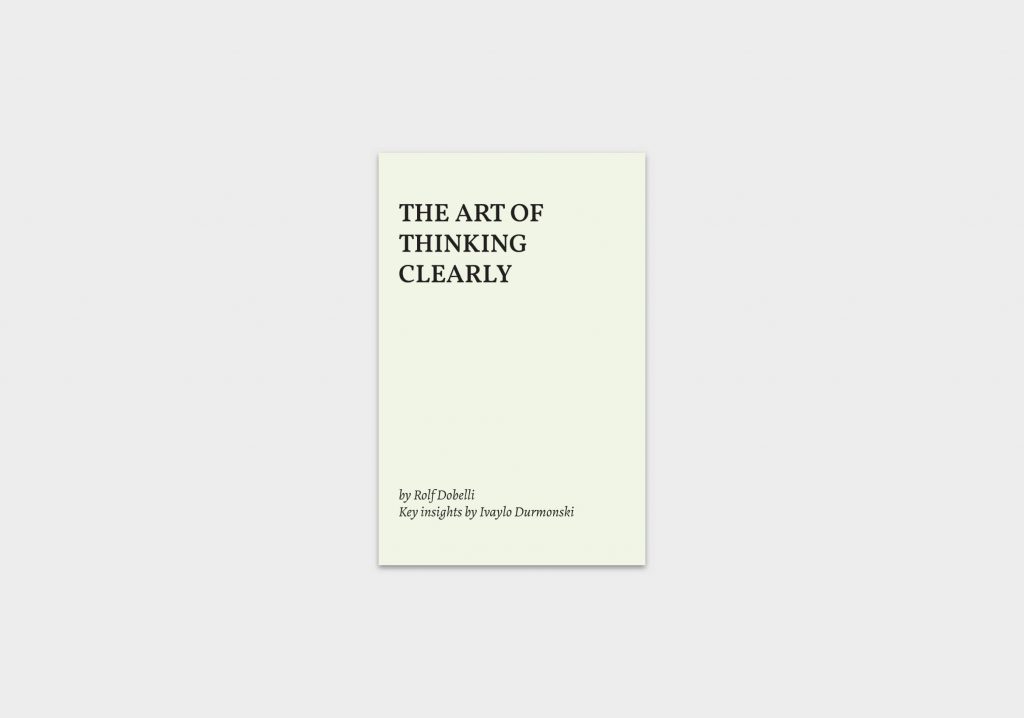 The Art of Thinking Clearly by Rolf Dobelli [Actionable Summary]