The Better Angels of Our Nature by Steven Pinker is a very detailed overview of the cruelty throughout the past ages, from medieval, through knight times, till the 20th century. The book explains in length how we punished people, what methods our ancestors used and why they did it. Apparently, we, people, did really nasty shit in the past. Pinker’s main point in this book is to show us that violence of every kind, from international warfare down to murder, rape, infanticide, and corporal punishment, are on a steady decline throughout human history till recent days, fortunately.

If you want to read more about the history of violence this book is for you. In the past, mass cruelty was something ordinary. Instead of watching the Super Bowl, people consumed bloody spectacles. That’s why constructions like the Colosseum exist. Though we think that we’re living in a really nasty world nowadays, it’s quite safe compared to what was the case 1,000 years ago, or even 100 years ago. And in order to keep things getting better in terms of peaceful existence, we must aspire modernity, strive to remove language barriers, and yearn for mutual understanding.

5 Key Lessons from The Better Angels of Our Nature:

Don’t we still torture people? Aren’t we living in the Age of Terror? What about all the chickens in factory farms? And couldn’t nuclear terrorists start a major war tomorrow?

The dangers we face today are nothing compared to what people did in the past.

Yes, we can all recall recent devastating events that are unspeakably harsh – 9/11, mass shootings, plane crash, etc. Still, what happened throughout history in terms of violence and pain was unimaginably cold-blooded and barbarous. Even unthinkable for today’s time.

Thank God we no longer have to worry about abduction into sexual slavery, slavery in general, pistol duels, divinely commanded genocide, people tied to stakes and raped or torn apart by animals.

Regardless of how you feel about the recent devastating events, in the past things were even more brutal. And the worst of all is that for quite some time people were OK with some unhuman acts – slavery for example.

While most animals use violence only in circumstances where the expected benefits outweigh the expected costs, this is not quite true for humans. We’re emotional beings and we often allow our emotions to steer us towards acts that are often not so well thought out.

The above three are true even today. When someone uses violence, it’s either competition, diffidence, or because of glory.

Competition breeds fear. If you have reason to suspect that your neighbor is inclined to eliminate you from the competition by, say, killing you, then you will be inclined to protect yourself by eliminating him first in a preemptive strike.”

Violence revolution began around 10,000 years ago with the emergence of agriculture. From hunter-gatherers, we became farmers. And humans settling down changed a lot of things.

Instead of hunting for food on a daily basis, we began breeding domesticated animals and their numbers exploded. We now had enough food and our human population skyrocketed. Trade intensified. Culture and larger tribes were formed, which lead to emerging states, cities, and other defensible settlements providing long-awaited protection.

At some point, it made no sense to act barbaric. At least not as before. Since our social organization changed, we had to behave. After all, if people wanted to consume coffee and to wear nice silk wears they had to be in good relationships with other settlements in order for trade between both to continue.

Lesson #4: We Live In The Era of The Long Peace

War appears to be as old as mankind, but peace is a modern invention.” Henry Maine

You think that we live in a brutal world? Think again. The author provides us with some recent stats that will restore your faith in humanity:

For the developed countries a new world war is a big no-no. Even influential people who crave power understand that there is no point of this madness. If they want to gain more fame or prestige, there are other ways to do that nowadays – building large corporations and regular social media use, for example.

Tsutomu Yamaguchi is probably the world’s unluckiest man. After surviving the atomic blast at Hiroshima, he went to live in Nagasaki. He survived two nuclear blasts and passed away in 2010, at the age of 93.

In a relatively recent interview, he suggested something that will perceive peace in the long run: “The only people who should be allowed to govern countries with nuclear weapons are mothers, those who are still breast-feeding their babies.”

According to Yamaguchi, violence is mainly committed by men. So, the solution he suggests is quite reasonable – give more power to women because men fantasize more about violence and consume more violent content in general.

It might sound kind of sexist and kind of insulting for us, men, but it’s probably true and more women should be voted for leaders.

Even though we most probably won’t have nursing mothers governing most of the countries in the world, Yamaguchi leaves us with a lot to think about.

Societies in which women get a better deal, both traditional and modern, tend to be societies that have less organized violence.”

War is less and less common nowadays. And that’s good. But in order to savor the Long Peace, we need to continue working in that direction.

The main goal of the author in The Better Angels of Our Nature is to document and explain how violence has declined throughout the ages. Steven Pinker explains in great details what type of horrifying things we did in the past. Why we thought that these things are normal. How we actually did them. And finishes, with what we need to do in the present days to preserve this and even improve upon.

This book is really big and it’s impossible to include all of the insightful moments in a single summary. Since I want to keep things concise, above you’ll find only the moments I, myself, consider interesting. The summary is enough for someone looking for a shorter read. Still, if you want to read more about how brutal our ancestors were, I highly recommend reading the full book.

Lastly, I want to mention that, according to the author, the major factor behind the decline of violence is the birth of the mass media. And it really makes sense. Probably thanks to social media and the ability to share what’s on your mind in a matter of seconds made our perception of hitting kids from normal to unacceptable in barely a generation. Even though social media, in general, is not really favorable, the main thing here is communication. The ability to communicate with others easily will help us make the world a better place.

Challenge a person’s beliefs, and you challenge his dignity, standing, and power. And when those beliefs are based on nothing but faith, they are chronically fragile… Since one cannot defend a belief based on faith by persuading skeptics it is true, the faithful are apt to react to unbelief with rage, and may try to eliminate that affront to everything that makes their lives meaningful.” Steven Pinker

Now, I have been assuming that violence is always a bad thing except when it prevents greater violence, but these men are correct that this is a value judgment, and that no logical argument inherently favors peace over honor and glory.” Steven Pinker

Discovering earthly ways in which human beings can flourish, including stratagems to overcome the tragedy of the inherent appeal of aggression, should be purpose enough for anyone.” Steven Pinker

The decline of violence may be the most significant and least appreciated development in the history of our species.” Steven Pinker The 33 Strategies of War by Robert Greene [Actionable Summary] 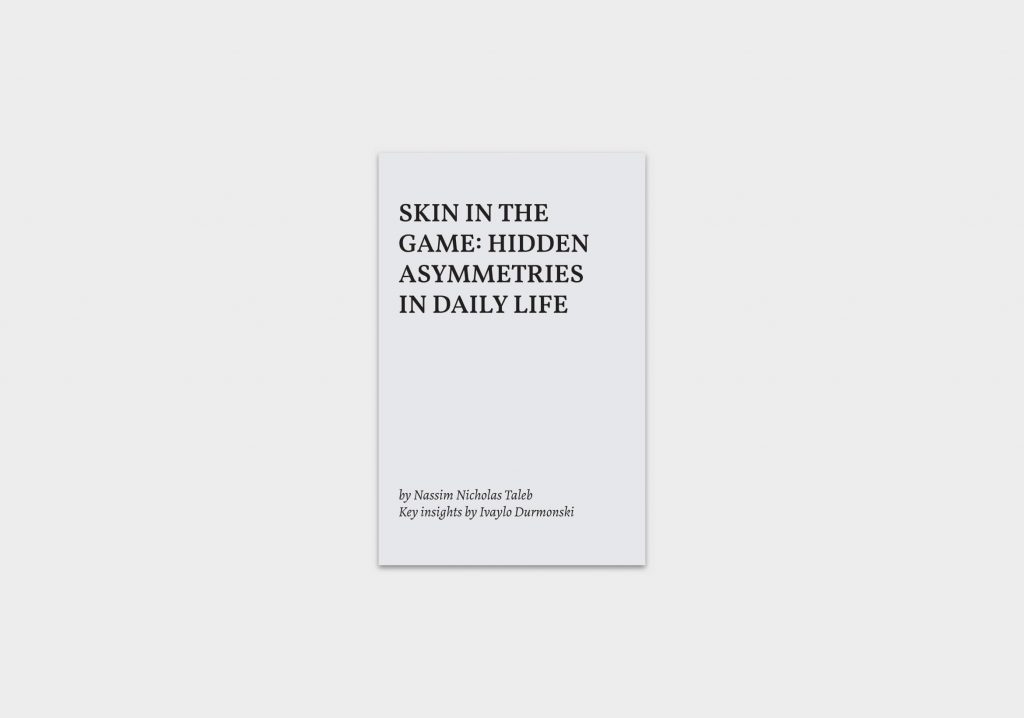 Skin in the Game by Nassim Nicholas Taleb [Summary] 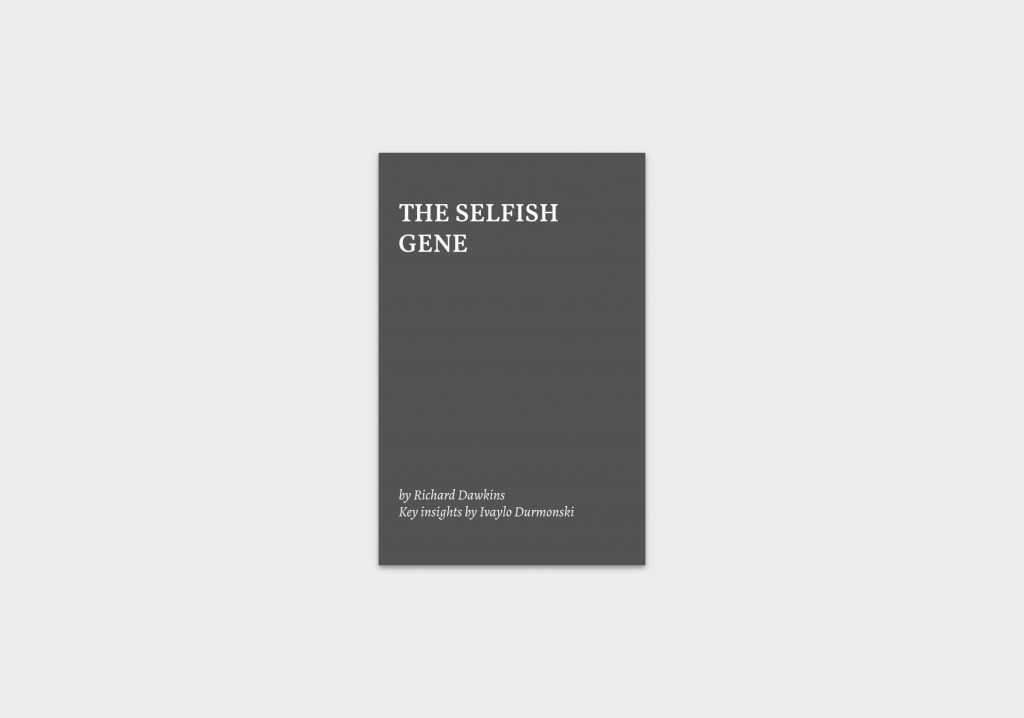