We think that the world is a peaceful place where we all live in harmony. Behind the fake smiles and the sophisticated personalities though, a war is taking place. In politics, business, art, even at home, we face opponents. Foes who would do anything to defeat us. The 33 Strategies of War by Robert Greene will give you some actionable methods to navigate and win battles in your own battlefield.

To prepare you for the silent war happening around. No, not terrorism. The 33 Strategies of War by Robert Greene will help you win the daily battles in the office, with our boss, with our clients, and even our wife and friends. This book gives us the wisdom we need to manage our own powers and gain an advantage over others.

5 Key Lessons from The 33 Strategies of War:

Lesson #1: Get Rid Of Your Biases

You can’t win in two different battles by following the same strategy. You need to tailor your moves based on your current opponent and the present circumstances.

This strategy applies to everything.

We often fail miserably because our minds are attached to stereotypes and memories of old successes. No great commander won different wars by applying the same techniques. That’s why you need to clear your mind when entering a fight. Note the previous things that helped you succeed, but don’t follow them blindly. Always consider the current circumstances and adjust.

Often moves that were beneficial in previously successful maneuvers won’t work in new ventures. In a way is like communicating with different people. You can’t expect that two different people will understand something you said the same way. Since they have different personalities, they’ll understand the same information differently. That’s why you need to craft your message depending on the character of the person in front of you.

Nothing in the world remains the same. The only constant in life is change. Being flexible and acting depending on the situation is crucial for your survival on this planet.

Our minds tend to freak out when under stress. When we’re bombarded with critiques, decisions we have to take, unexpected obstacles, we lean towards overreacting. Even worse, we react emotionally.

“So what’s the big deal?” you might ask. “There’s nothing wrong with being emotional. My wife is constantly nagging me about not sharing my emotions!”

Well, there is a difference between the way you act in front of your spouse and when you’re at work, trying to motivate your co-workers to do their damn job. If you let emotions control you, you’ll lose temper, offend someone, probably even want to hurt someone. But nowadays people don’t do that. You can’t say to your employees that they are , -monkeys who are slower than a snail when it comes down to doing their job. Nope. You can’t say it even if it’s true because the HR department will fire your ass for hurting their emotional state.

It’s of great importance in the 21st century to remain calm when under pressure, when someone is trying to get you out of your comfort zone. You can’t afford what you really want to say, the truth. No. You need to rebel against the emotions rising from the inside – by keeping your cool, being determined, confident, regardless of the circumstances.

When misfortunes come upon you, learn to get away from the chaos happening on the battlefield for a brief moment. Calm your mind so you can make the right decision. This will not only help you keep your job but it will also protect you from going to jail.

Freedom is a burden. Freedom is the reason you procrastinate and you don’t ever achieve anything meaningful.

We waste our free time and later complain we lack such. Instead of reading a book or hanging out with like-minded people, we prefer Netflix and social media for our companions. That’s because we have too many options and way too many hours to spare.

You won’t see such behavior in people who are hardly making ends meet. People who have 3 kids, a dog, and a sick grandpa to take care Such fellows don’t have freedom. Or at least they don’t in the general sense of the world, where you’re free to do whatever you want.

Placing yourself on “death-ground” means burning the bridges. Putting yourself in a situation where the stakes are too high to take them lightly. Things like: Quitting social media for good so you can focus on your project; Avoiding all sorts of contact with your ex so you can find a new partner; Quitting your job so you can focus full-time on your business.

It sounds harsh and it might be not the best idea to follow this strategy on some occasions. Yet, it’s something worth considering when you constantly complain that you don’t have enough time for the things that matter for you.

Studies have shown that a variety of options can lead to over-selection, which leads to lower quality of decisions and, in fact, not making a choice.

For instance, when you want to buy ice-cream and there are 39 different flavors the abundance of choices might paralyze you and make you walk away. And this type of behavior occurs quite often in our lives. When we have a lot going on around, we often don’t do much.

Get rid of some things in your life. Create a sense of urgency. Set deadlines. This will motivate you and make you do what needs to be done.

Lesson #4: Transform Your War Into a Crusade

Motivation and passion are the go-to resources when you’re aiming for success. After a while, though, you start to feel depressed. If there are no signs of success, weary feelings consume your being and can lead to abandoning the project.

The same is true when you’re managing a team of people and you’re trying to organize them, to motivate them to keep going despite the setbacks.

When we, people, don’t see immediate results that are beneficial for our own personal survival, we tend to stop pushing. By nature we are selfish. Our first thought in every situation is “What’s in it for me?” Followed by: “How will this help me?” and “How much will I earn?” We might not say all of these things out loud, but we’re surely thinking about them. And that’s normal. Biologically we’re worried about our survival. Our brain is structured this way – to keep us alive. If what we’re doing is not bringing fast results, our brain will reconsider this and will want to quit to save us energy, thus preserve it for other more efficient tasks.

To keep others occupied when there are setbacks, yourself included, you need to craft a message, not blindly pursue the dollar bill. You need to unite people around a cause. Make them fight for an idea.

Passion, hustle, and motivation can only get you to a certain point. To keep pushing, though, you need a strong belief in a cause bigger than yourself.

Lesson #5: Lose Battles In Favor of Winning the War

Ego is the main reason we fuck up. We have an enormous desire to feel important and appreciated by everyone. That’s why we pick fights and fight till the end, no matter the cost. Someone says something about you in the office you don’t quite like? Oh, it’s ON. You immediately jump into a fight to protect your polished image without considering the negative outcomes.

Retreating in the face of an enemy is not always a sign of weakness. It’s the opposite. This means you’re in control of your own emotions. This way you buy yourself valuable time – time to think, regroup your thoughts, find a better way to attack.

Every day we encounter things we do not like. Things that piss us off: someone cut you off while driving, your spouse didn’t prepare the kid for school on time, your neighbor didn’t hold the elevator for you… If we react to everything that happened around us with anger, we’ll lose precious energy.

Often the best course of action is to avoid confrontation. Avoid defending your position, at least for now. Allow people to win the small victories while you’re preparing your troops for the big fight.

People usually respond to aggression with aggression. Especially man. They think that it’s their duty to protect their manhood at all costs. But it shouldn’t be like that. Be different. Be smart. Pick your fights wisely and exhaust energy only on the fights worth fighting.

You think that after World War 2 and the recent war affairs in Afghanistan we’re all done with the combats. Well, you got it wrong. Robert Greene makes a really good analogy in the book between our daily lives and the times at war. Basically, he says that we’re constantly fighting. That we are involved in combat, no matter whether we like it or not. And he is absolutely correct to make this comparison.

The competition is getting more and more fearful in retail as well as in the job market. And since you can’t dust the co-workers who are trying to get their hands on the promotion that’s rightfully yours, you need to eliminate them with grace.

The book is clever, insidious, full of deceitful techniques that will help you lower the guard of your competition and hit them right in the face without them realizing. It’s a joy to read.

Grand strategy is the art of looking beyond the present battle and calculating ahead. Focus on your ultimate goal and plot to reach it.”

Events in life mean nothing if you do not reflect on them in a deep way, and ideas from books are pointless if they have no application to life as you live it.”

Actually, your past successes are your biggest obstacle: every battle, every war, is different, and you cannot assume that what worked before will work today.”

Symbols and the Interpretation of Dreams by Carl Gustav Jung [Summary] 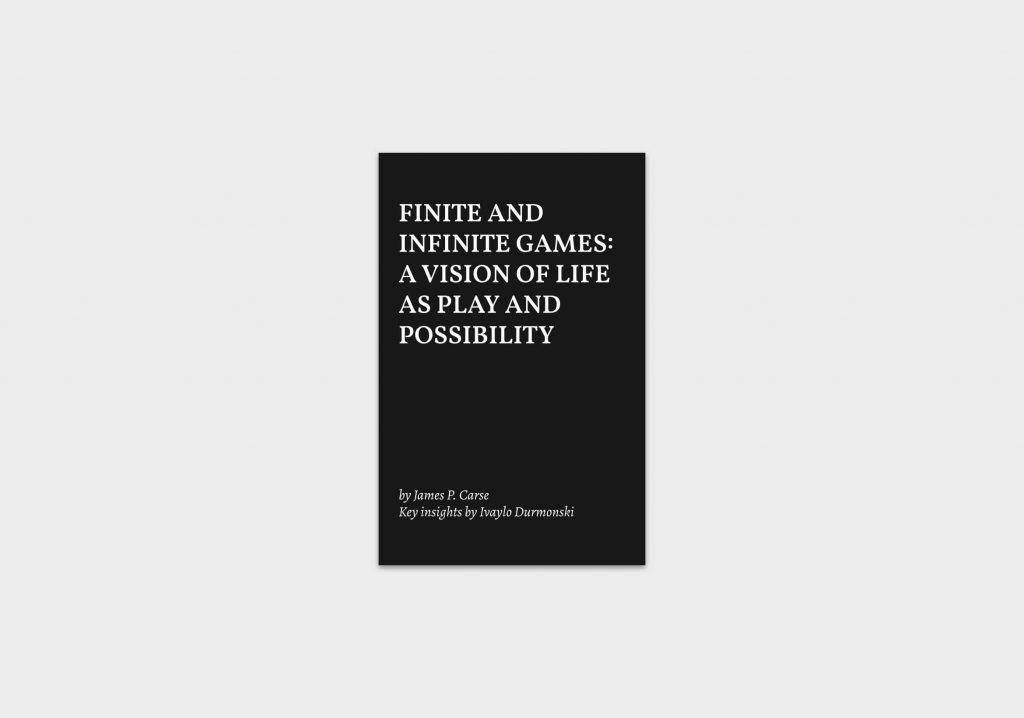 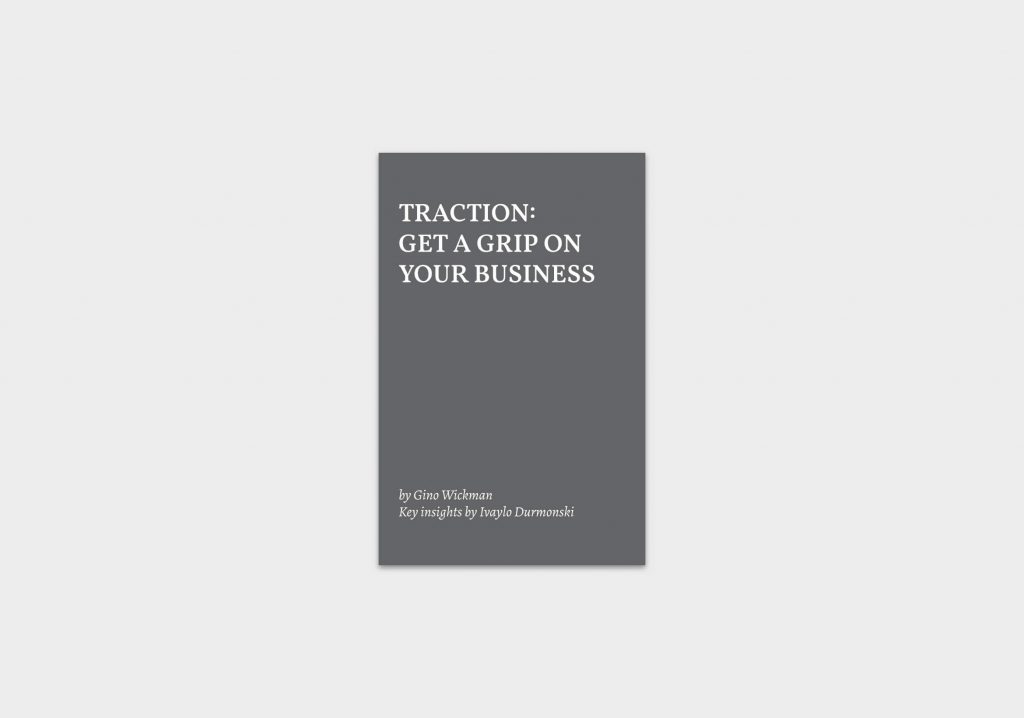