This is a comprehensive summary of the book Symbols and the Interpretation of Dreams by Carl Gustav Jung. Covering the key ideas and proposing practical ways for achieving what’s mentioned in the text. Written by book fanatic and online librarian Ivaylo Durmonski. Supporting Members get full access.

Arising from the emotional disturbance of our own psyche, the symbols our dreams represent aim to explain better our unconscious to the conscious. Yet, few people attach importance to the fairy tales we form in our minds while our heads are resting on our pillows. We firmly believe that these vague blurry imaginations have little to tell us about ourselves. Carl Jung argues otherwise. In this book, he explains how our dreams try to display our deep longings while simultaneously uncovering our flaws. All of this, to better understand ourselves and repair our injured psyche.

A man’s dreams can reveal his true personality and his unconscious motives according to Jung. Yet, most of us, regardless of our background, reject the idea that these vague and unrealistic flashes of fantasy can say more about us than what they seem. The average man approaches dreams with ignorance. But the things we portray while we are asleep and the symbols we manifest arise from inner emotional disturbance. Making these emotions passing through the mind during sleep the chief source of knowledge about the person.

7 Key Lessons from Symbols and the Interpretation of Dreams:

Lesson #1: Our Conscious Actions are Motivated by our Unconscious Ones

It’s common to imagine that what we do, or what we have done in the past, is based solely on the thoughts we have within our reach.

And while the above are foundational desires every human being has in order to stay alive – meaning that they are ever-present – there are countless other thoughts and drives that seemingly arise from nothing.

At one moment you sit quietly in the company of a book, fully immersed in its contents, and in the next, you’re no longer paying attention to the printed words. Other thoughts start circling inside your mind and prompt your body to execute some other tasks.

Where do these motives come from?

Carl Jung explains in the book that most of what we do is based on some unconscious aspect buried deep down in our psyche. We can’t sense these motives. At least not initially. He portrays these inner incentives like a sound below audibility that reveals its lyrics through the desires and the actions of the body.

For example, you may have a sudden thought of a friend that is completely irrelevant to your current activity. Then, after careful observation, you may spot a slight resemblance between the task and the person.

Say you are walking down the street talking on the phone with a friend while passing a bakery. The smell from the shop might remind you of another friend – probably someone you haven’t seen in a while but with whom you’ve shared a delicious meal similar to the scent in the past. Your unconscious calls back these long-forgotten memories and puts them front and center.

Similar sudden thoughts strike our consciousness all the time but are often left unnoticed. The real motives rarely reveal themselves because we don’t pay much attention to our “insides”. They might become visible to us only after deep investigation and reflection.

“The unconscious part is a sort of afterthought, which may become conscious in the course of time by means of intuition or by deeper reflection. But the event can also manifest its unconscious aspect—and this is usually the case —in a dream.” Carl Gustav Jung

Lesson #2: Talk A Lot And You Will Eventually Betray Yourself

Carl Jung explains that Freud was the first who found evidence that consciousness has an unconscious background. What is visible originates from the invisible, sort to say.

Freud, along with another well know neurologist for that time, Pierre Janet, explained that these are like split-off areas of the human psyche.

For instance, you can be a rational person – most of the time. Someone who carefully considers all the options and evaluates the possible outcomes while in the next moment, depending on the situation, you can transform into a messy paranoid man focused on short-term gains. Usually, these different personalities are clearly sensible in patients with psychological conditions. Everything may look fine with a person but even a slight change in the environment can force out the problematic “identity”.

A question that emerges from these observations is this: How can you figure out what is hidden deep inside the unconscious since you are unable to see it?

The secret method used by psychologies to answer the above is suitably simple: you let the person talk about his dreams and about his experiences without interrupting him. Jung writes, “Anyone who talks long enough will inevitably betray himself by what he says and what he purposely refrains from saying.”

Most doctors will prevent patients from long ramblings about their life thinking that these random thoughts are unrelated to their condition. Exactly the opposite is true based on the book.

People, when allowed to speak freely, will lead the other party to the subject they want to avoid most. The irrational monologue will reveal the areas that they usually want to disguise which is commonly the core source of their depression.

If the listener is skilled enough, he can accurately point out what the “patient” is trying to omit from saying. Often times even the person speaking is unable to sense what is the “secret” of his consciousness. But with guidance and more room for the person to express himself, the truth can be revealed.

“He may try very hard to lead the doctor and himself away from the real facts, but after a while it is quite easy to see which point he is trying to steer away from… Thus, if the doctor is patient enough, he will hear a wealth of symbolic talk, seemingly calculated to hide something, a secret, from conscious realization.” Carl Gustav Jung 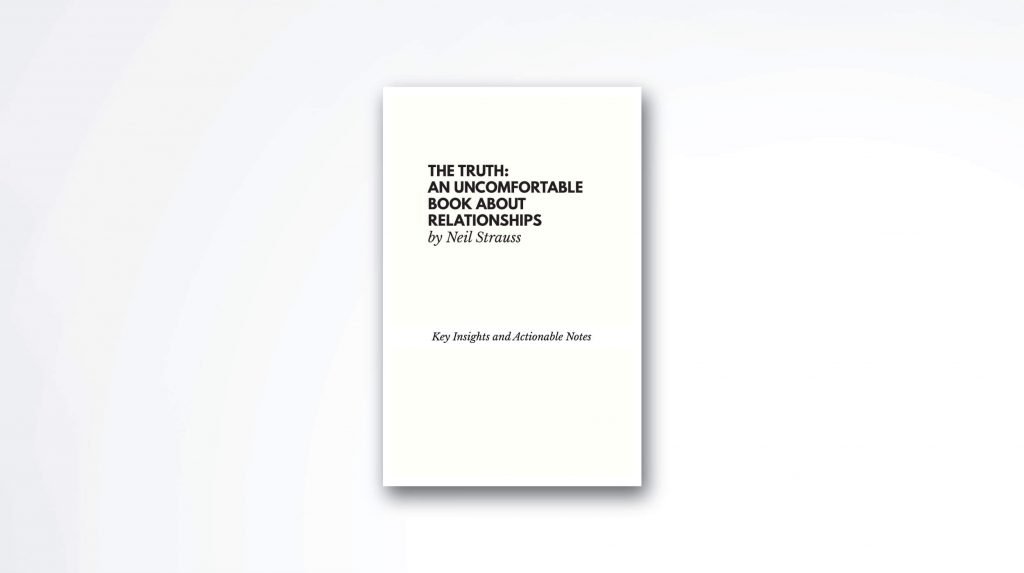 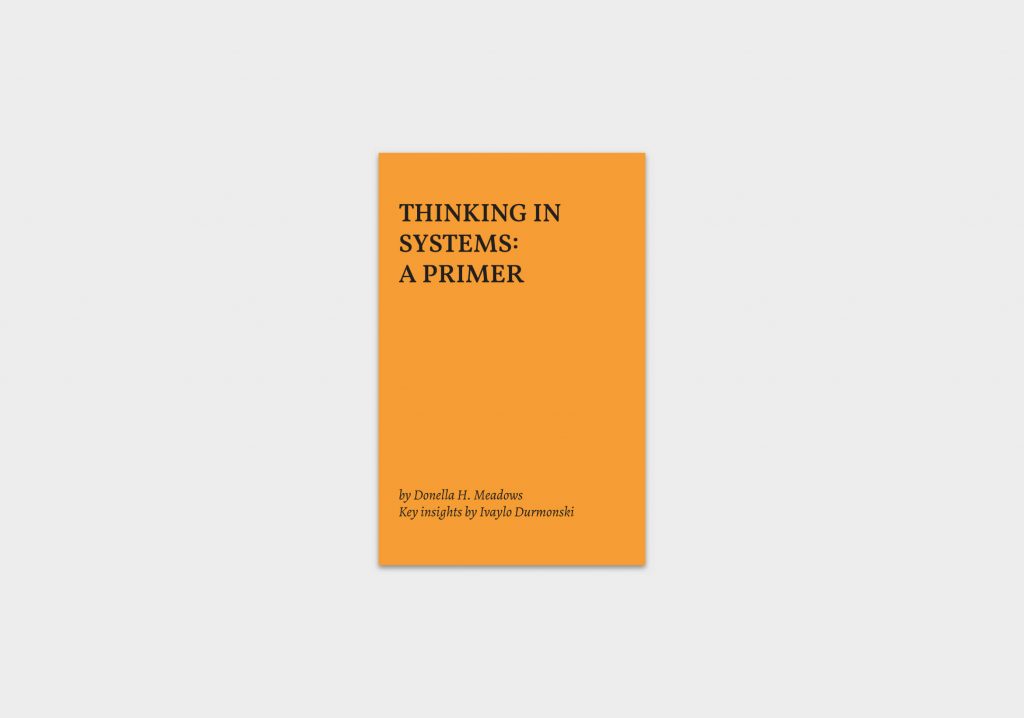 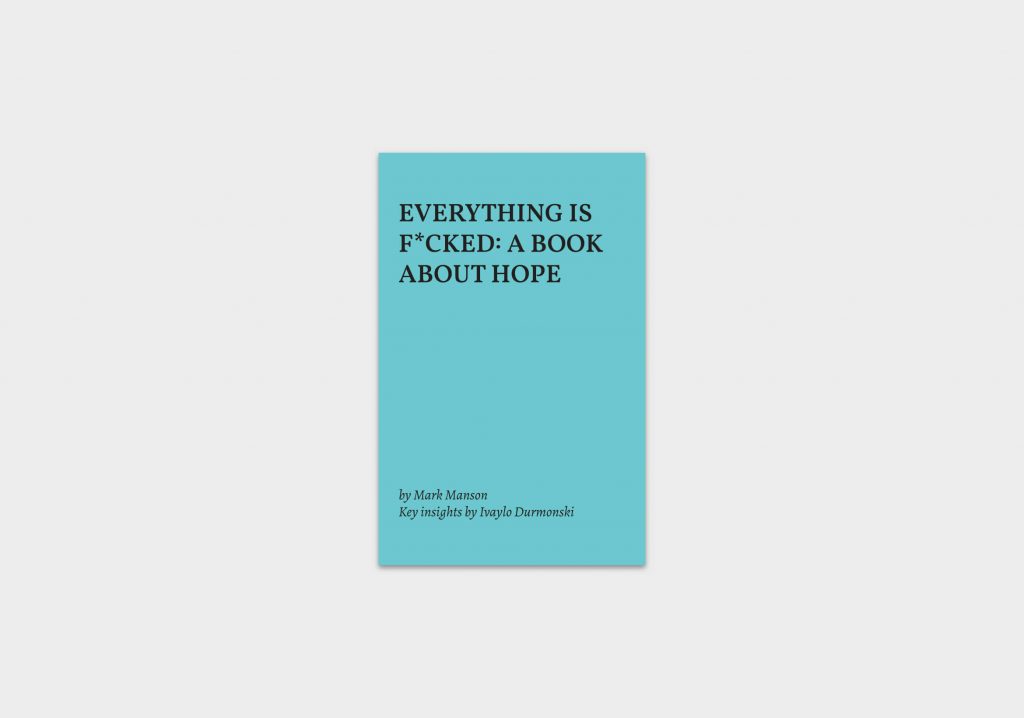 Everything is F*cked by Mark Manson [Actionable Summary]