What will happen in the future? Are we going to cure all diseases? Will famine disappear completely? Will machines conquer us and enslave us? Homo Deus answers all of these questions. It’s a brief proposition of what might our possible future look like.

Yuval Noah Harari explains how our daily lives will change if we resolve most of the technical glitches that cause deaths, thus extend our expiry date. Also, how our world will transform when high intelligent AI know us better than we do.

Lesson #1: Resolving Technical Glitches In The Human Body Is a Priority

When a car brakes, or a website is down, there is obviously a technical problem that needs fixing. The same applies when we’re sick from some sort of disease. We’re organic creatures, we have flesh and blood, but our weaknesses are still technical issues within our system that needs observation and resolution.

After successfully defeating famine, we should be now more focused on resolving technical glitches in the human body. And we’re actually doing this. Мedicine has been putting devices on people’s hearts for years, making new types of prosthesis that allow people who have lost limbs to regain their self-confidence and work capacity. Or in other words, scientist all around the world are doing their best to increase our lives with a bit more every year.

Our future looks bright in terms of human durability and old age. Who knows what type of enhancement scientist will invent for us. We may probably live till 150 years and wear some kind of body armor that will allow us to move faster and probably fly in short distances. Surely this should be our direction, curing all known diseases and improving our overall health in general. Hopefully, we’ll live long enough to see such things happen.

Lesson #2: Instead Of Fearing We Should Fear Ourselves

Hollywood producers make billions of dollars by telling us the same story with a different cast every year about how an asteroid or a volcano can demolish our entire race in a manner of seconds. The possibility of a large asteroid hitting the Earth and destroying everything it’s surely an option, but in reality, the actual danger is slim. There is something else we should be more afraid than geo storm destroying our cities: us.

We are the reason why so many species are already gone and also the reason another large number of species is close to obliteration. Within 70,000 years, we’ve managed to change the entire ecosystem of our planet in a radical way. Our impact is already present and noticeable. Weather is changing, ice caps are melting, global warming is no longer a news sensation because it’s already warm.

According to the research made by the author, currently the earth is inhabited by the following biomass of large animals:

Nature is no longer responsible for a lot of things. We’re breeding animals for food. As you can see from the stats, domesticated animals are twice as much as humans are. Wild animals are already a rare breed which we should protect but we’re unfortunately failing.

Factories and cars are all around us. Pollution is already present in a lot of countries and soon we’re going to see tigers only in video games. So, don’t fear asteroids, were already doing enough to destroy what we have, unfortunately.

Algorithms are all around us and they can be considered as the single most important concept in our world today. A single algorithm is a methodical set of steps that can be used to make calculations, resolve problems, build houses, create applications, reach destinations. Virtually, everything you do is in a way an algorithm.

Also, each point of the above mentioned is an algorithm on its own and it can be described with a couple of additional steps. The last step, start adding content, for instance, includes these things: You need to sit down first, choose the topic of your post, find sources, find proper images, edit the post and once it’s ready to publish.

A website building application cannot make a website by itself. As a pen cannot write on paper without a human controlling that pen. You need a person to first make a couple of decisions, think about the design, the content and then to start executing. Still, in the future, we can probably build machines, applications, that will execute a set of predefined algorithms that can potentially build a website. Or, a complex AI writing on a piece of paper. The above examples will probably take a while to be performed, but such things are surely possible.

The important takeaway here is to understand the algorithms surrounding you and master them. Getting out of bed is a methodical action that it’s composed of several steps. Going to work. Cooking. Creating a business plan. If you understand in details the algorithms around you and master the steps (turn them into habits), you will become much more efficient and successful.

Lesson #4: What Will Happen To Us When AI Outperforms Most Of The Things We Do?

An important question is already circling the internet for quite some time now: What will happen when AI becomes uber smart and starts executing our daily tasks better than humans can?

Actually, this is not an entirely new question. Ever since the Industrial Revolution erupted, people feared that mechanization might cause mass unemployment. As you can see, this never happened. Some professions were buried were new one raised and the overall employment actually grew. Only a couple of years ago there wasn’t a job called: Social media expert. Now, you can get a decent paycheck if you answer tweets and manage Facebook pages.

Our job market has been always divided into these three main sectors throughout the years: agriculture, industry, and services. The majority of people before the year of 1800 worked in agriculture. After that, a lot of people shifted to the industry sector. Nowadays, the service section is the most common job application you will see.

An interesting fact mentioned in the book is the following: “On 10 February 1996, IBM’s Deep Blue computer defeated world chess champion, Garry Kasparov.” Meaning, machines can beat the hell out of us when their strength is directed and channeled effectively.

We are at the edge of letting cars without drivers take us to the airport and automated chat bots answer our inquiries online. Will this affect us? For sure. Taxi and Uber drivers will probably become obsolete if they don’t upgrade their skills.

So basically, if you want to thrive you need to understand that improving your skills needs to become part of your daily routine.

Lesson #5: You Need To Actively Upgrade Your Skills

My final and most important takeaway from the book Homo Deus is this: “You must actively upgrade your brain if you want to stay in the game.”

As technology vastly advances, our current skills will be obsolete in probably a couple of years. Even less. We can already see flaws in a lot of the current systems we use.

Our education system is one of the things that is quite old comparing to the outside world. We teach our kids things they’ll never going to use in the real world. Basically, we’re wasting their time and we’re setting the wrong expectations in their minds. Kids graduate thinking they can easily find a job with what they’ve learned but it doesn’t take them long to realize that everything they’ve studied is impractical in more than 90% of the companies. If a young padawan fails to realize that he should focus his efforts towards a particular niche and learn proactively, this will cost him his financial freedom.

Some people still think that life is divided into these two chapters: a period of learning followed by a period of working. The learning part, however, should always remain on our plate if we want to stay competitive. If we don’t constantly update our know-how, we won’t be able to keep up with the world.

Many of us will most probably have to reinvent themselves in the upcoming years, if not even now. A lot of our current jobs are slowly being replaced by automated processes that are faster and cheaper. Think about it for a moment. There are already professions like Youtubers, bloggers, vloggers. Most of these guys don’t create products, they educate, entertain. They don’t work in shiny offices but nevertheless, they manage to earn higher than the average income and they have more free time than the average Joe.

The only thing that is constant is change. So, if you want to be happier and healthier in the upcoming years, you need to change (upgrade) yourself and your skills to remain relevant.

Yuval Noah Harari shows us where mankind is headed in an absolutely clear-sighted and accessible manner. Even though we were able to conquer a lot of the problems our ancestors had in the past – famine, plague, war – we still have a long way to make the world a better place.

Our agenda is full of new problems that need resolution: pollution, poverty, chronic depression, lack of focus, handling an enormous amount of data, the rise of AI, ourselves.

The possible fixes are maybe out of our scope but we can all contribute to the better future – by consuming less and by focusing our efforts towards solving bigger problems.

The most common reaction of the human mind to achievement is not , but for more.”

People are usually afraid of change because they fear the unknown. But the single greatest constant of history is that everything changes.” 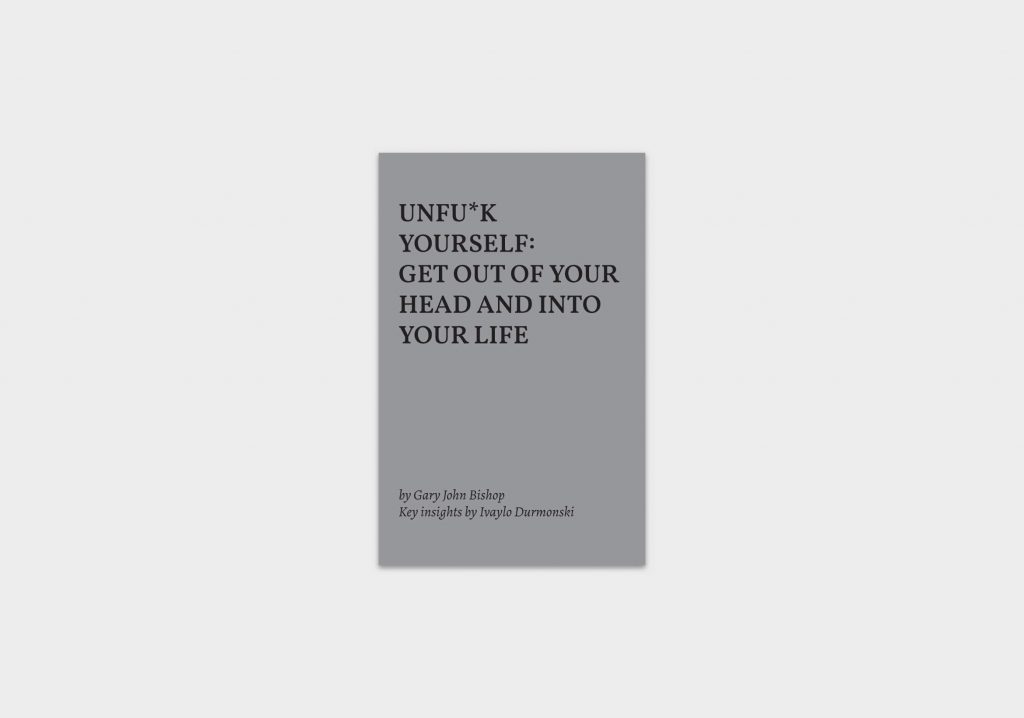 Unfu*k Yourself: Get Out of Your Head and Into Your Life by Gary John Bishop [Summary] 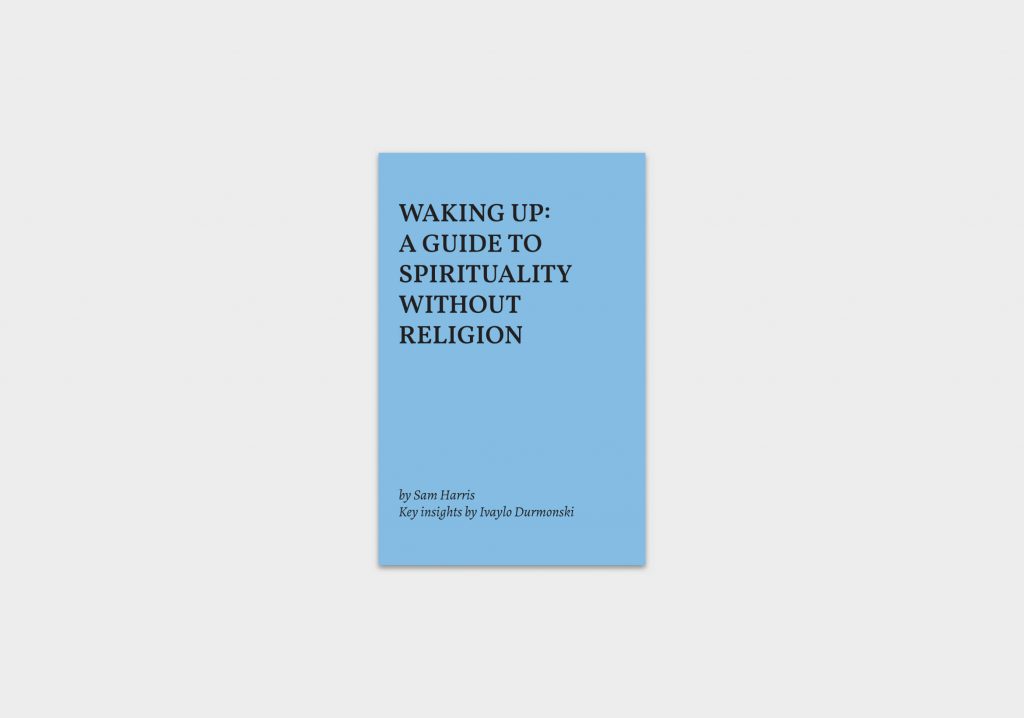 Waking Up by Sam Harris [Summary]