This is a comprehensive summary of the book Atomic Habits: An Easy & Proven Way to Build Good Habits & Break Bad Ones by James Clear. Covering the key ideas and proposing practical ways for achieving what’s mentioned in the text. Written by book fanatic and online librarian Ivaylo Durmonski. Supporting Members get full access.

Warning! This book can change your life. Atomic Habits by James Clear is now considered the go-to book for integrating ridiculously good habits in your life while at the same time getting rid of the bad ones. Forced to improve the quality of his life after a serious accident in high school, James Clear starts to implement small positive changes in his life that seem insignificant at first but have remarkable results over time. In this book, he shares everything he learned after years of experience in the field of habit formation in a surprisingly accessible and engaging way.

Scientifically speaking, habits are the automatic response of our body (and mind) to a particular situation. They literally shape how our lives are to evolve. If we tend to enter into an uncontrollable phase of consumption when we see a commercial, we’ll always have money problems. Conversely, if we train ourselves to resist the outside cues that try to unlock the spender inside, and learn to focus on doing daily improvements, we’ll reach top results. Big drastic changes in our behavior never work. To make a positive change in our lives, we need to concentrate on a long series of small triumphs without ever stopping.

The book starts with the inspiring story of how the fate of the British Cycling team seemingly magically improved when Dave Brailsford stepped as a coach.

Thanks to the instructions by the said person, the team transitioned from mediocre cyclists with a 100-year history of failures to a dominant team, which later set nine Olympic records and seven world records. And as further mentioned in the book, “the ​British cyclists won 178 world championships and sixty-six Olympic or Paralympic gold medals and captured.”

How was this possible?

It was all thanks to the implementation of a strategy called the aggregation of marginal gains.

Coach Brailsford did something other coaches thought was a waste of time. Instead of trying to make huge improvements in the daily lives of the cyclist, he focused on making small improvements in all the areas and daily routines of the athletes. This also included hiring a surgeon to teach the players how to properly wash their hands to reduce the chances of catching a cold.

Every action was intended to improve the riding experience by 1 percent. It seemed insignificant for someone observing from the outside, but the grand idea was that these small changes, when combined, make huge improvements – especially when these were practiced daily.

Or in other words, changes that seem small and unimportant, when done regularly, lead to outstanding results. This is the power of the compounding effect.

James Clear further backs this statement in the book by saying that, “if you can get 1 percent better each day for one year, you’ll end up thirty-seven times better by the time you’re done.”

Remarkable things can happen to us. But we need to let go of the idea that impressive results require executing some sort of Herculean task. If we can master the art of showing up, making consistent daily improvements, then the rest is easy.

“Habits are the compound interest of self-improvement. The same way that money multiplies through compound interest, the effects of your habits multiply as you repeat them. They seem to make little difference on any given day and yet the impact they deliver over the months and years can be enormous.” James Clear

Lesson #2: The Score Takes Care Of Itself When You Have Good Systems

We have all been given bad advice: set goals!

Goals, while surely important to get you on a particular path, are nothing more than just wishful thinking. Everybody can set a goal to become skinnier, or richer. But such changes won’t materialize unless you do something about this desired goal.

The answer, while you might disagree at first, is a definite yes. Yes, you can win the game if you focus only on your game – the system.

The same thinking concept applies to everything we do in our lives.

If you’re a writer, do you think that focusing on finishing a book will help you actually finish the book? No, it will only stress you further and probably even prevent you from making substantial progress. What will work is actually writing. Systematically sitting, writing, and ignoring the actual outcome.

As humans, the reason we fall into the trap of only talking about our goals without actually doing progress is quite simple: it’s more complicated to do things than to think about doing them.

I can daydream about becoming a famous TEDx speaker all day long and do little progress on the matter. These illusionary thoughts will give me some false sense of accomplishment but won’t mean anything.

Real progress happens when you stop staring at the scoreboard – the goal, the final result – and start doing daily work. If we create a system for ourselves to follow, daily practices that are aimed to help us become [what you want], the score will take care of itself.

“Goals are good for setting a direction, but systems are best for making progress. A handful of problems arise when you spend too much time thinking about your goals and not enough time designing your systems.” James Clear

Becoming a member also gives you access to a workbook based on this book – called Think Workbook. 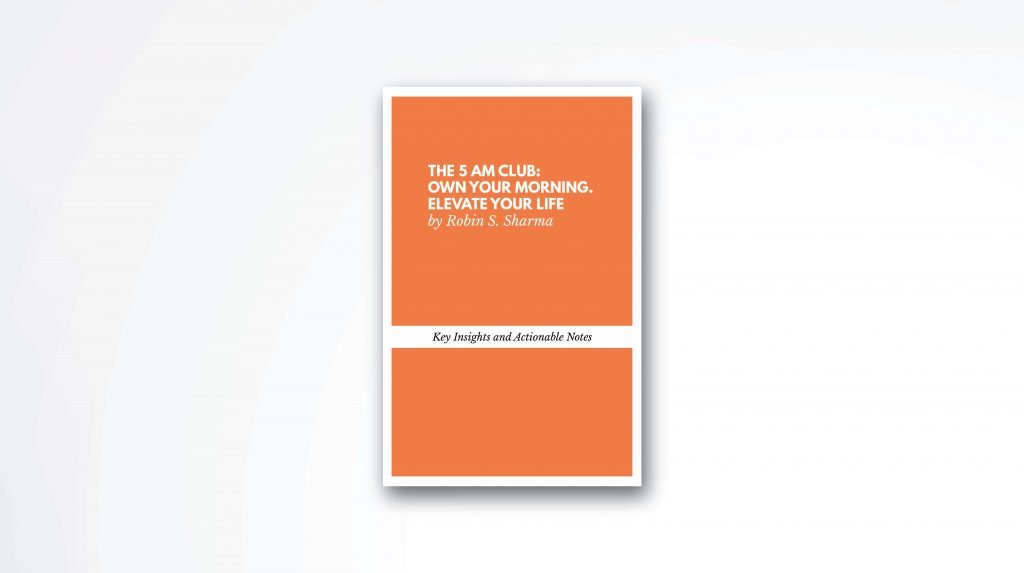 The 5 AM Club by Robin Sharma [Summary] 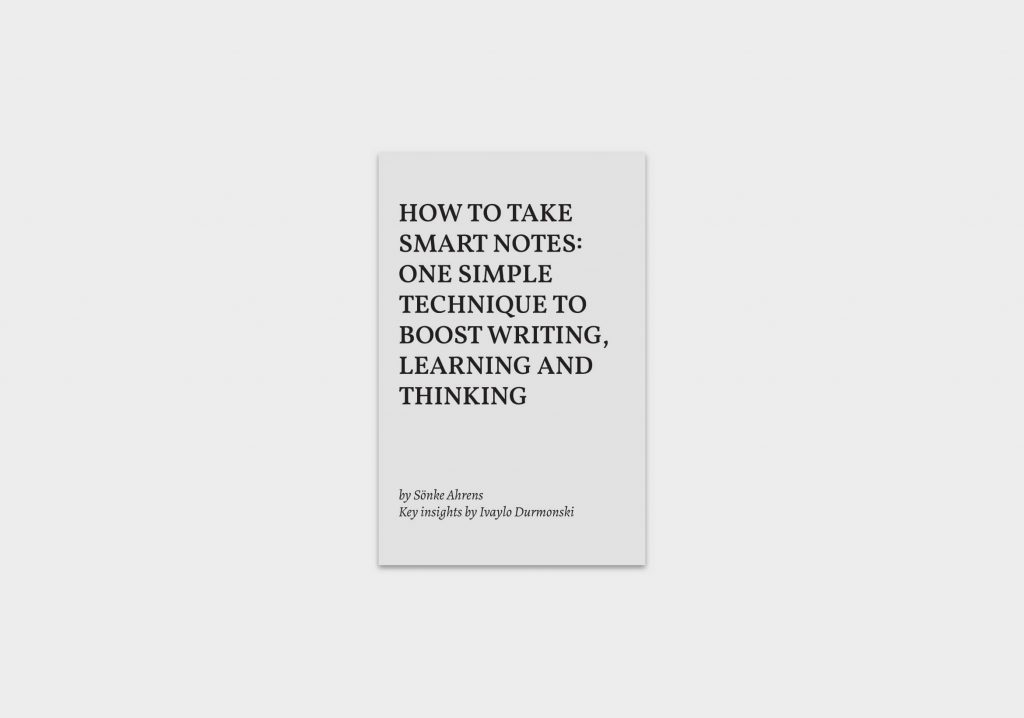 How to Take Smart Notes by Sönke Ahrens [Actionable Summary] 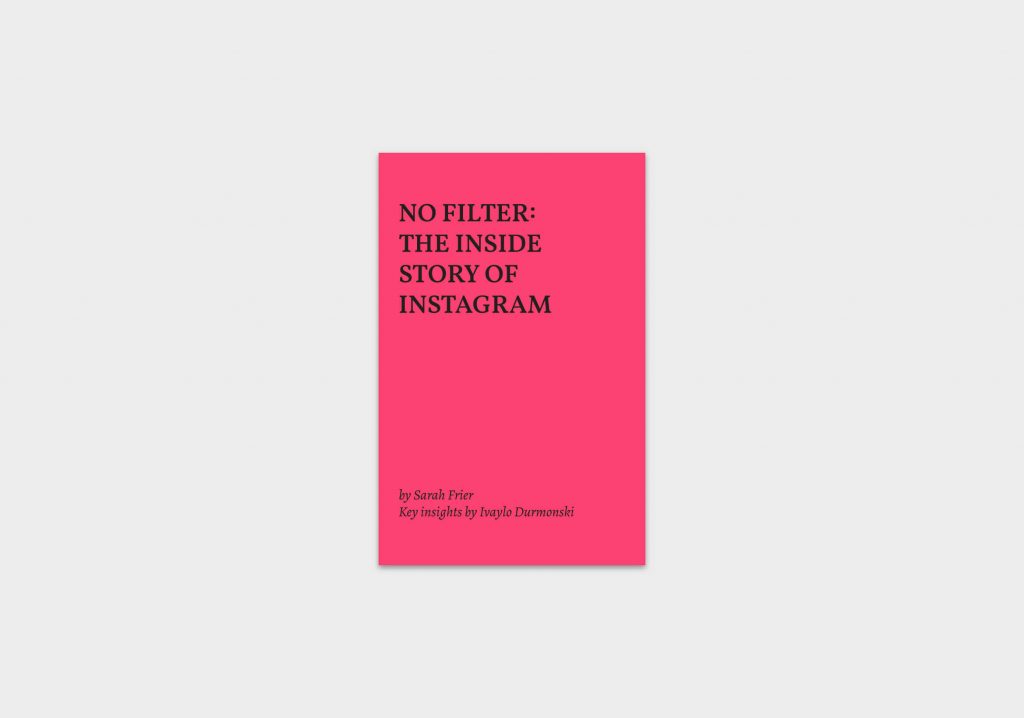