This is a comprehensive summary of the book Amusing Ourselves to Death: Public Discourse in the Age of Show Business by Neil Postman. Covering the key ideas and proposing practical ways for achieving what’s mentioned in the text. Written by book fanatic and online librarian Ivaylo Durmonski. Supporting Members get full access.

A book about a world yet to be infiltrated by the Internet. In Amusing Ourselves To Death, Neil Postman explains how the cultural transition from a print-based society to a television-obsessed one negatively influences our lives. The author traces how our civilization went through several stages of communication – from mostly oral, to typographic-minded, and now we mainly being visually entertained. This cultural shift is not only changing the message presented by modern media, but also changing people – predisposes them not to exercise their main skill, thinking.

The fall of the written word as a way to practice our ability to think and the accompanying rise of the visual media have lasting negative effects on the human mind. Television made everything entertaining. Thus, transformed us into passive egoists who are no longer interested in taking charge of our own lives. Our minds are now preoccupied with irrelevant facts about people we don’t really know. Dazzled by the endless abyss of joy, we get stuck in a virtual-reality-like state. No longer seeking the truth, but seeking to feed our undying appetite for distractions and desire for amusement.

7 Key Lessons from Amusing Ourselves To Death:

For years, consuming words on paper was the main focus of our society. But not simply randomly generated words that have little to teach. Words that were carefully arranged. Considered for days, months, years. The author of a book, any book, took the time to think deeply about what he wanted to say and only then to put it on a piece of paper.

The importance of our ability to read and to write well is described in two examples shared in the book.

First, in a conversation between a student and his professors.

After defending his dissertation orally, the student asked why his printed document is more important than his speech.

The answer by the scholars took an elaborate matter. They explained that when you write, you take more time to investigate a subject. You reflect on what you want to say. You check different sources. You edit and contemplate. In contrast, when you speak, you’re unable to make complex conclusions on a certain topic. They said, “The written word endures, the spoken word disappears.” And that was just part of the story. The conclusion was that the student also wants a written confirmation about his performance as an oral one will be just a rumor.

The second example of the importance of reading is an explanation of what is required of a person to read a text.

When you read, you have to forcefully immobilize your body. You have to sit and concentrate. You have to pay attention to the shapes that are presented on the piece of paper that we call words, understand them as a whole, and distinguish the meaning of what is said. And lastly, as the author writes, “you must be able to tell from the tone of the language what is the author’s attitude toward the subject and toward the reader. You must, in other words, know the difference between a joke and an argument.”

Sadly, nowadays, people are less and less interested in consuming written words not to mention create them. The print-culture has long given way to a culture that’s more interested in moving pictures.

The written word is far more powerful than simply a reminder: it re-creates the past in the present, and gives us, not the familiar remembered thing, but the glittering intensity of the summoned-up halluclnation.” Northrop Frye

Lesson #2: The Shift from Print to Television Changed How We Interpret Ideas

Print is no longer a key player in our lives. Our ideas, the information we gather, and how we think is shaped by what we see on TV. We are now a society heavily influenced by the moving picture.

At first, this may not seem so bad. After all, the TV screen is able to visualize what a printed book can only explain. A story in a movie can be told in just a few minutes, while the same story in a book may require an hour of reading.

But exactly this simplicity is the thing that’s polluting society and crippling our future generations. TV shows focus on using plain language – at least if they want to stay afloat – and they don’t make any attempt to make the viewer think. This is done for a reason, of course. After all, television shows are after your attention. They don’t want to lose you. They want to have you for as long as they can. The simple message and the constant changes in the scene – from the usual program to commercials – acts as a highly entertaining loop. Everything is plain and easy to understand. That’s why programs are highly addictive and unfortunately, not intellectually stimulating.

The other thing that changed in our society when print was replaced by TV is the shift from ideas to looks.

Previously, we used to judge people by what they have written – by their ideas. Now, we focus heavily on how they look.

Think about an important figure from the past. Let’s take Albert Einstein for example. What comes to your mind? You’ll most probably imagine his goofy picture with his tongue out but also remind yourself that he’s the person who invented the theory of relativity.

Now, imagine someone who is famous in our current time. What comes to your mind? We’ll probably think of a celebrity and where she/he lastly appeared on TV and how she/he looked. What she/he created? No so important.

This basically means that we primarily evaluate people not by what they can do, imagine, invent, but by how they look. This completely changes our desires and motives.

Creating, inventing, and thinking is displaced by simply looking good.

The shape of a man’s body is largely irrelevant to the shape of his ideas when he is addressing a public in writing or on the radio or, for that matter, in smoke signals. But it is quite relevant on television… For on television, discourse is conducted largely through visual imagery, which is to say that television gives us a conversation in images, not words.” Neil Postman 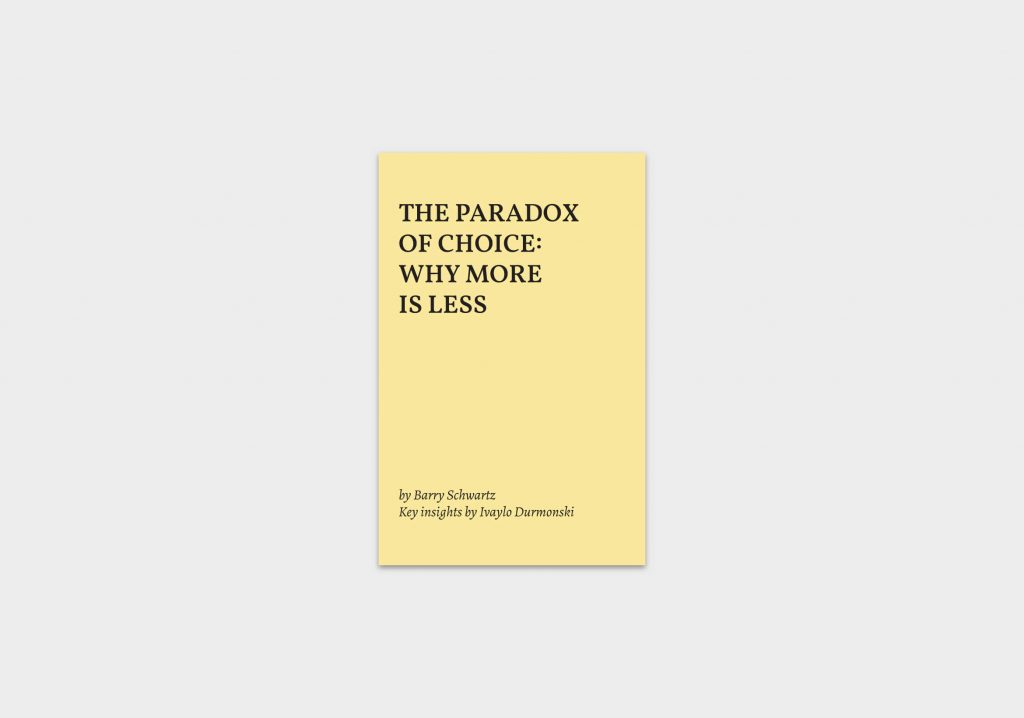 The Paradox of Choice by Barry Schwartz [Summary] 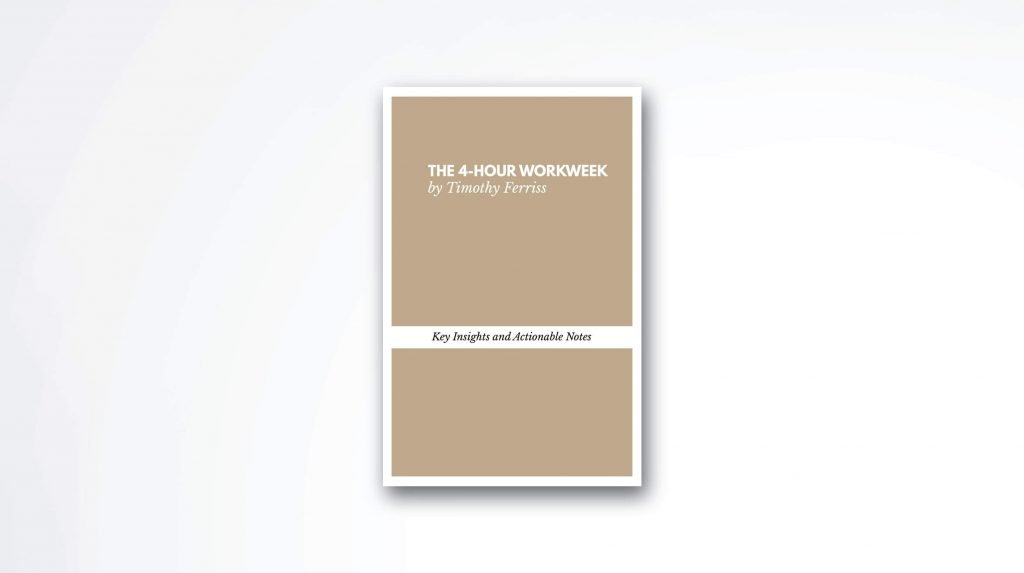 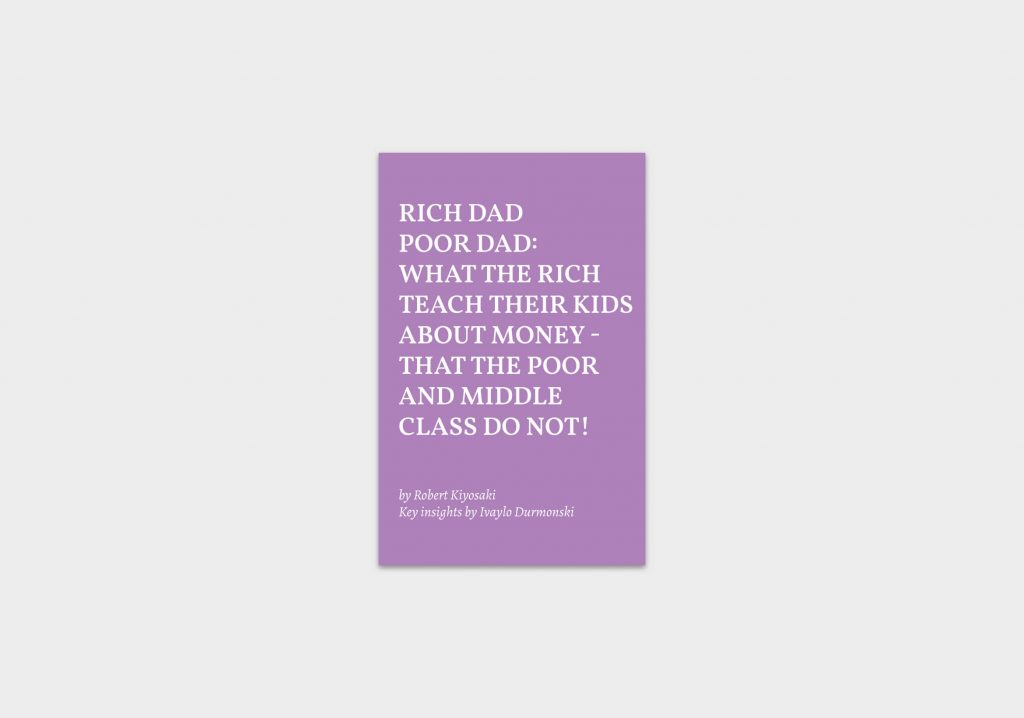